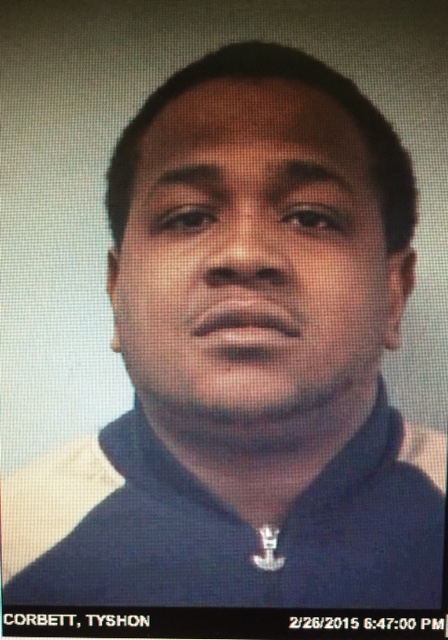 A suspected drug dealer was arrested by sheriff’s officers on Thursday afternoon near East Main and North Main streets, according to the Passaic County Sheriff’s Office.

The suspect Tyshon Corbett, 26-year-old, was observed circling the blocks around East Main and North Main streets at around 4:30 p.m. inside a silver vehicle with suspended vehicle registration.

Detectives attempted to pull over the vehicle near Halpine and North 1st streets, but the Corbett exited the vehicle and began to run on foot. A foot pursuit followed.

Corbett was observed discarding bricks of heroin as he was running away from detectives. “Corbett, shortly after, lost his balance and fell after slipping on ice,” Passaic County Sheriff Richard Berdnik said.

Corbett was arrested and searched. Berdnik said authorities recovered additional four bricks of heroin from the suspect bringing the total bricks found on him to five or 250 glassine of heroin valued at approximately $1,000, Berdnik said.

Authorities said Corbett was charged with heroin possession with intent to distribute and resisting arrest by flight.

“This arrest is another example, when street level narcotic enforcement occurs, drugs get confiscated and individuals get arrested,” Berdnik said.