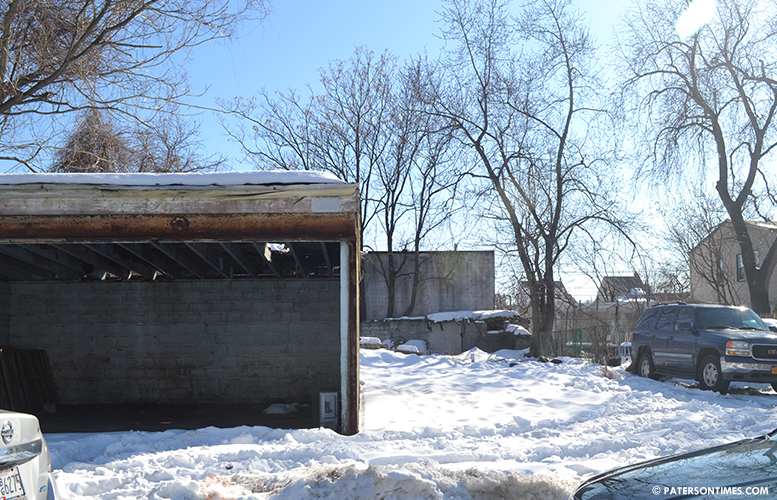 The tearing down of a Riverside section home that took place some months ago raised concerns about the city’s emergency demolition process early last week.

City officials made issue of the manner in which the demolition of 156-158 Warren Street was completed. Ruby Cotton, 4th Ward councilman, said debris and garbage was left behind after the demolition at the site.

“It’s unclear on our side what the scope of work was,” said McKoy. He said the garbage that’s on the site could have been removed without too much effort when the company was hauling other debris from the demolition.

She said the city’s Community Improvement Division was notified and her company was informed by the division’s director Kathy Easton that public works would clean up the garbage.

Lozada said her company was tasked with demolishing the building, when Kenneth Morris, councilman at-large, asked for a description of the scope of work. She said the building was demolished to the basement and substructure.

Morris asked whether the company completed backfill and whether clean soil was used. She responded that the company did complete backfill, but she was unsure what sort of material was used. “I think it was soil, I’m not 100-percent sure,” said Lozada.

Although the demolition was completed in early December, said Cotton, the city took almost three month to bring a resolution before the council to pay the firm. “Funds were just identified,” explained business administrator Nellie Pou.

Pou said emergency demolition must be done when an emergency arises and funds are identified later. “We have to demolition it immediately whether the funding is there or not that’s our responsibility,” said Pou. “Funds were not identified at the time of the demolition.”

Lozada said two demolitions were done by the company in December, but the company has yet to be paid for either of them. “In order for us to have good vendor relationships we need to pay our vendors on time,” said William McKoy, 3rd Ward councilman. “It’s distressing to me you’ve done two of these and only one is before us.”

McKoy said he found the large number of no responses “suspect.” The city’s list includes eight firms, but only two responses. Along with the Wayne-based company, another C. Royce of Butler, responded with a price of $49,000. He suggested the city might not be calling all the firms out of laziness.

“The fact that this item comes in front of us three months after it happened, I think has a lot to do with the no responses,” said Julio Tavarez, 5th Ward councilman, said if companies must wait three to four months to receive payment for completed work they may not bother to respond. Furthermore, he said some companies may add an additional charge on top of the actual cost for the waiting period. He said a company might add an additional $10,000 for the wait.

“It might just be a buffer. I know I’m not going to get paid for four months so I need that extra $10,000,” said Tavarez. He said the city’s process requires inspection.

“This is a little bit too sloppy on our side and the next time around we should have a written document that describes the scope of work that can be given to a company even in an emergency situation,” said McKoy.

McKoy has been complaining about poor demolition work for weeks. He mentioned a property in his ward that was demolished, but the contractor decided to leave the rubbles, pieces of wood that made up the structure, and other wreckage behind.

“In the future, I think, we should have a more exact document of the work [that] needs to be done,” added Mohammed Akhtaruzzaman, 2nd Ward councilman.

“We should receive a report from the supervisor,” said Alex Mendez, councilman at-large. “Moving forward I’d like to see a report after the job is done.” He suggested that a report be attached to the appropriation resolution so that council members have an idea of what sort of a job was done.

“We haven’t done the job properly that’s the way I see it,” said Mendez. Regardless of who is to be blamed for the poor job, majority of the council members agreed the company had to be paid for the work it completed almost four-month ago.

Council members approved a $39,000 payment to the company.

A demolished site that’s clean and does not require additional expenditure for site clean-up is much easier for the city to convey to developers, said Morris. He said debris and left over materials require extra clean-up making development of a vacant space much more difficult.