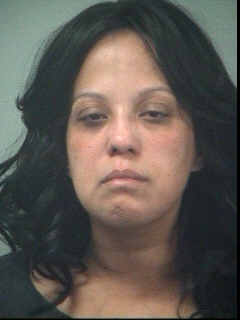 A city woman who is suspected to have accessed an unnamed victim’s bank account and transferred $20,000 to her own accounts was arrested Wednesday on West Broadway after a three-month investigation, according to Passaic County Sheriff Richard Berdnik.

Authorities discovered the money was transferred to various bank accounts belonging to Glenys Tapia, 31-year-old. Berdnik said authorities opened an investigation after receiving a complaint from the victim.

During their investigation authorities found Tapia had an active Passaic County Superior Court warrant for previous identify theft charges. Tapia also had several municipal court warrants for her arrest with bail amount over $3,000.

Berdnik said authorities also found Tapia had violated her probation. Even with a checkered record, authorities were not able to apprehend Tapia because she assumed a new identity backed by fraudulent New Jersey Motor Vehicle Commission vehicle identification.

Tapia took on the identify of Maria Pellot. When sheriff’s officers pulled over Tapia on February 4 for driving in a vehicle with tinted windows she used the fraudulent identification to evade authorities. “Tapia under her assumed identity was issued a summons for being unlicensed and avoided arrest,” Berdnik said.

Detectives soon realized Pellot was Tapia under a new identity. Authorities obtained a picture of Tapia holding a summons from the Passaic County patrol officer under her assumed name of Maria Pellot.

With the pieces connected, authorities located the suspect on West Broadway. Tapia was arrested on court warrant and is awaiting bail on the new charges. “To be clear, this suspect was a one person crime wave, of fraud and deception,” Berdnik said.

Tapia is charged with second-degree use of personal information of another, third-degree theft by deception, impersonation, identify theft, and fourth-degree hindering apprehension.

Berdnik commended the detectives for their hard work in piecing together and solving this case.

“This suspect stole, hid from authorities and changed her identity to cover her vast criminal past.” Berdnik said. “I am confident that this arrest will stop additional criminal activity from occurring.”