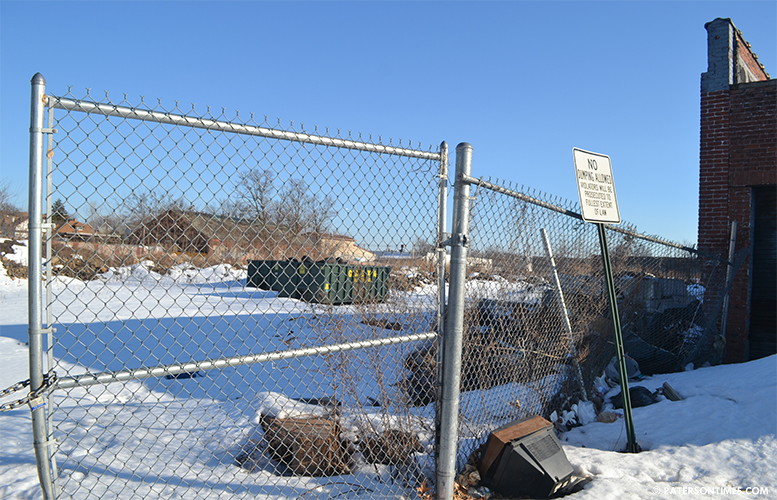 City officials are prepared to award two contracts for the clean-up and the construction of a salt dome on Montgomery Street.

The city council is slated to approve a $902,662 contract with CMS Construction of Newark for the building of a salt storage facility at the dead end of Montgomery Street. Before construction takes place at the site, the city must clean up a great deal of unwanted materials from the lot.

“Did we clean up all that stuff there?” asked William McKoy, 3rd Ward councilman, during a brief discussion during last week’s workshop session of the council. McKoy and his colleagues will have to award a second contract worth $188,000 to Tilcon New York of Wharton to separate the recyclables from the junk and perform site work at the location.

“The clean-up that we’re doing right now is of a lot of the debris that was left there,” said public works director Manuel Ojeda on Monday afternoon. “A lot of the stuff is recyclable.”

Ojeda pointed out that the estimated clean-up cost for the lot stood at over $1 million; however, with this contract the city will be able to clean-up the site with less than $200,000, he said. Both contracts are being funded through federal funding via the Community Development Block Grant Program, according to council documents awarding the contracts.

For the clean-up only one firm submitted a quote and that was the Wharton-based firm. For the construction of a salt storage facility, six companies submitted bids with the Newark-based firm coming out the lowest.

Ojeda said once the contracts are awarded the city is anticipating a completion date for the project to be sometime in April of this year. With the city suffering from salt shortage the past two winters, Ojeda said this facility will prevent similar shortages moving forward.

“We’ll be able to have enough salt that it will stop us from having to run out of salt over the years,” said Ojeda. He said not only will this facility serve as a salt storage facility, but it will also be equipped with brine tanks as the city attempts to switch to a more innovative method of de-icing city streets following a snowstorm.

Ojeda said the facility, once built, will also beautify the area.

The clean-up and the construction of the salt dome will cost the city approximately $1.1 million.