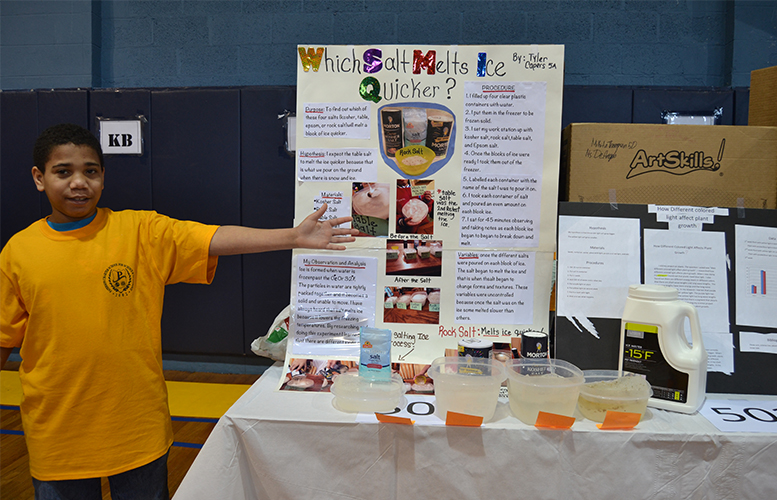 The Paterson Charter School for Science and Technology hosted its 10th Annual Science Fair on February 28 to showcase the talents of young future scientists in grades 5-8.

The k-12 science and technology school was established with the approval of the New Jersey Department of Education in 2002. It has two campuses in the city. Its k-6 campus is on Wabash Avenue and its 7-12 campus is on West Railway Avenue.

The charter school received a great deal of media attention this year after one of its high school seniors was accepted into Princeton University.