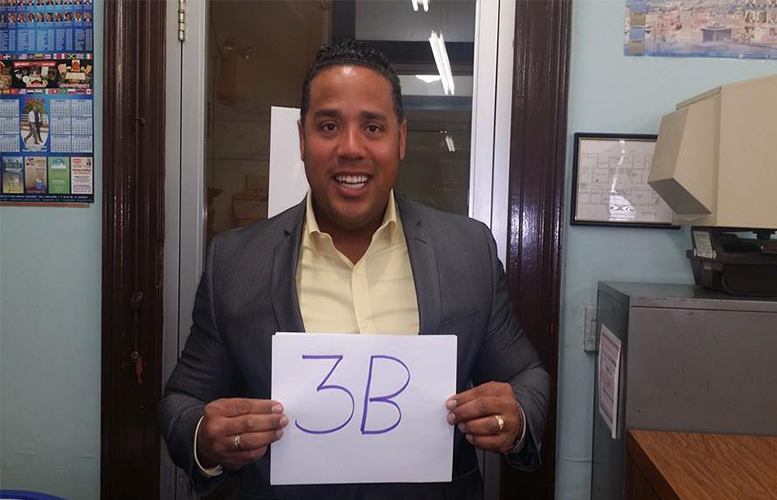 City councilman Alex Mendez has applied for a school district transportation job, according to sources. Mendez did not deny his employment application to the district, but would not say which position he is seeking.

“If I qualify for a job at the school district then why not?” said Mendez when initially asked about his job application. Mendez, who resigned from the school board in June of last year to assume a city council seat, would not say when he applied for the job.

New Jersey law bars board of education members from assuming paid positions at their school district within six-month of leaving office. In Mendez’s case approximately nine-month has elapsed since he handed in his resignation letter to the school board. The former school board member resigned from his elected post sometime in mid-June 2014. He was sworn in as a city councilman on July 1st, 2014.

District spokesperson Terry Corallo said the administrative liaison position has been filled. The position has a salary range of $40,000-50,000, she said.

Corallo would not say who was hired at the position. She said that information will be available during the school board’s next workshop meeting.

The district has yet to make a decision on the transportation supervisor position, Corallo said on Monday.

Mendez appears to have experience in transportation from operating his Secaucus-based limousine company Josie’s Limo Service.

He refused to make public a copy of his resume which would list all his job experiences.

Mendez for weeks did not respond to phone calls seeking his comments for this story. He was questioned last week on the sidelines of the city council meeting, during which he said, “No, no, I’m not trying to avoid you.”

The supervisory position requires a “bachelor’s degree from an accredited college or university.” During last May’s municipal elections, council candidate Haytham Younes attacked Mendez, at times stating the former school board member may not have much in terms of educational qualifications.

With Mendez seeking a job at the school district and his wife working in Passaic County government, it’s not clear what will happen to his transportation company. Asked whether he intends to dissolve his company, Mendez replied, “Those are my personal business.”