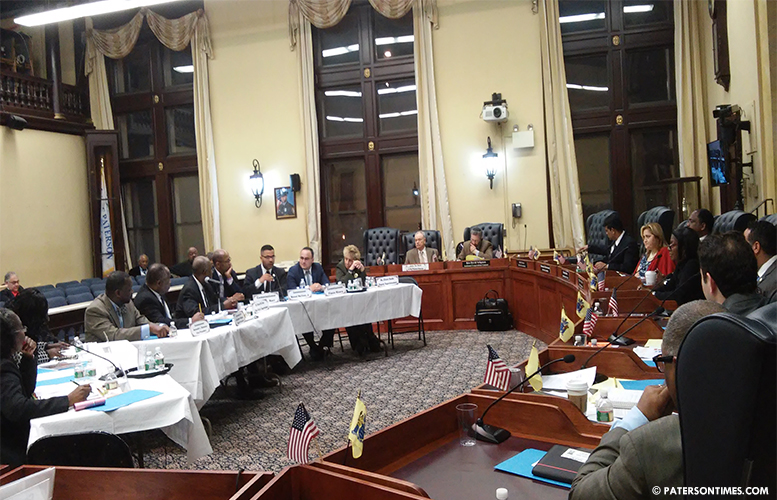 During a joint meeting between the city council and the school board on Wednesday evening, state-appointed district superintendent Donnie Evans said the $5 million tax levy increase remains as an option to balance the district’s budget.

“Yes, taxation is an option,” said Evans. He said school officials have not yet decided whether to increase schools portion of local taxes which has remained virtually unchanged for the past 10 years.

“No decision has been made to increase taxes,” said the superintendent. This option, if exercised by the district, will cost city taxpayers on average $213 more per year on a home valued at $350,000, said Kenneth Morris, councilman at-large.

“$5 million is next to impossible,” said Alex Mendez, councilman at-large. He said the district has to find savings.

Evans said in the coming weeks the school board, which has yet to see a budget document, will review the budget and decide whether to increase taxes.

The district submitted its preliminary budget to the state on Monday which lists $5 million local tax levy increase as a source of revenue.

“As a homeowner I’m frustrated and afraid that our taxes are going to be incremented,” said Suzette Serrano, a city property owner. “It’s too much.”

Serrano said a large tax increase will burden property owners and result in a large number of them forced out of their homes.

Despite the underfunding city schools have made enormous progress, said Jonathan Hodges, school board member. He said at one time only 18-percent of Eastside High School students were passing a crucial state assessment to graduate from high school; now, those numbers are “nonexistent.”

Furthermore, he added graduation rates have improved. The district’s graduation rate was below 50-percent in 2009 that number hovers near 75-percent today.

“We’ve been improving significantly over the past five years,” said Errol Kerr, school board member. “What we need to do collectively is go to the state and tell them we do not have it [extra $5 million].”

He said the state has been shortchanging the district for a very long time, and the city now has to take some sort of a stand. City activists suggested the city force the state through legal actions.

City activist David Gilmore said the city council should contemplate suing the state for violating the New Jersey constitution which promises a “thorough and efficient” education for all children.

Another city activist Brent Nation concurred with Gilmore, “We need to sue the governor to get the money we deserve.”

Taking legal action against the state was not given much attention by officials during Tuesday’s meeting inside the city council chambers. Instead both bodies agreed to pass resolutions to seek more state funding.

William McKoy, 3rd Ward councilman, proposed the city pass a moratorium on charter schools for a period, so that the school board gets a respite from constantly shouldering fixed costs associated with buildings and staff members as students flee from the district and along with them flee their per pupil funding.

McKoy said he was prepared for a different sort of discussion as pressure increased on council members to denounce tax increases emanating from the school board. City residents have been hit hard with tax increases over the years. In fact, the city’s effective tax rate is much higher than some of its wealthy neighbors.

He said the prospect of saddling $5 million on top of what property owners are already paying was “frightening.” McKoy said it’s a “fallacy” to think the city’s depleted taxpayers can fork out $5 million more.

And even if they do, said Mohammed Akhtaruzzaman, 2nd Ward councilman, the school board is likely to ask for more the next year. “Even if we put the $5 million today, you’ll have to come back again a year later for $5 million more,” said Akhtaruzzaman.

School board members vowed they would not support a tax increase, but it remains unclear whether their vote even matters to increase the school portion of taxes. Morris asked about the process by which the levy would be increased.

“The school system has taxing authority and that’s invested in board responsibilities,” responded Evans. He said tax increases are done locally and not by the state.

Does the local school board has the power to say no? asked Morris. The superintendent said that’s a question that would be better answered by an attorney. To prevent a potential tax increase, the city council, working in concert with mayor Jose “Joey” Torres, passed a resolution to solicit the services of an expert to audit the district’s budget to find $5 million worth of savings.

Evans, following the joint meeting, said as the state-appointed district superintendent, all the powers of the school board is vested in him. And as such he may have the unilateral authority to raise city taxes.

“We’re not going to vote for it,” said Hodges, school board president, when told the superintendent may be able to increase taxes without necessarily needing the board.

“We have no intention of voting on a [tax] increase,” said Manuel Martinez, school board members. Other board members have said they too will not support local tax increases.