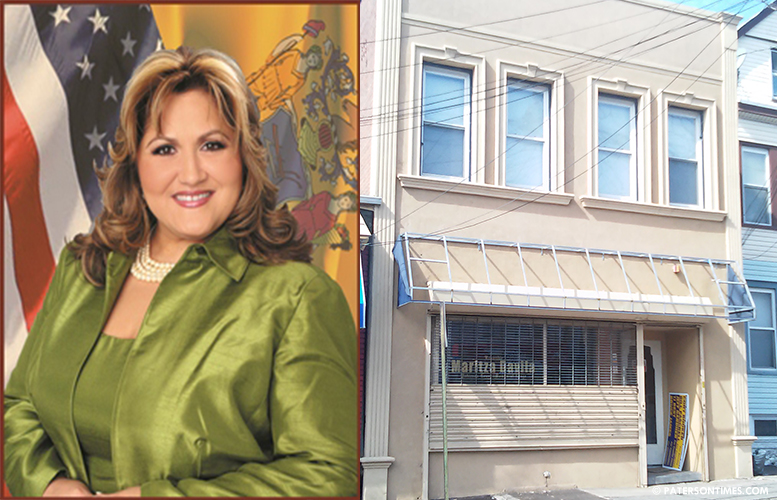 The last campaign finance report Davila filed was on May 20th, 2014 when she submitted her 11-day pre-election report, according to ELEC.

“I have no comment,” said Davila when asked for comments for this story. She said she was in the hospital with her mother who suffered a heart attack.

Sosa said he was appointed to serve as her spokesman. He conveyed anger in his voice over a Paterson Times investigation into an Union Avenue office that is jointly used by him and Davila.

The councilwoman first rented the 267 Union Avenue storefront office from Lizbeth Aparicio on April 15th, 2014, according to her campaign finance report in which she is legally required to report all expenses.

Davila paid a $500 security deposit and $1,100 rent, according to the campaign finance report.

How is she paying for this office now?

“I pay out of my pocket for the rent,” said Davila on Wednesday. She said she pays out of her own pocket from the $41,000 or so she receives for serving as an at-large member on the council.

After winning elected office, Davila turned her campaign headquarter into a constituent services office. She said the office serves as a resource hub for residents in need of assistance to complete citizenship applications, notary public, and other assistance.

“We help out with citizenship applications for free,” she said last week. In order to vote in local elections, a city resident must be an American citizen.

Davila’s campaign filings became an issue during last year’s election. At-large councilman Kenneth Morris, who was defending his seat, challenged Davila and Alex Mendez, who was seeking to capture a council seat, to reveal the source of their funding by filing the legally required campaign finance reports in a timely fashion.

“Any candidate who runs for re-election or the first time has to file the 29-day, 11-day, and 20-day post-election,” said Joe Donohue, deputy director of ELEC. Davila has filed two of the reports, but the last one was never filed.

Donohue said he could not comment on this specific case. However, generally candidates who do not file legally required reports face election law violations.

Campaign finance reports, which inject a bit of transparency in the murky election funding process, allow the public to see where money originated to bankroll a candidate’s run.