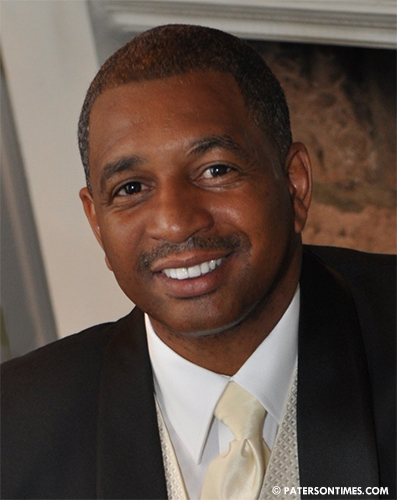 “We need a deputy mayor that knows the community, that has ties to Paterson, and this guy doesn’t have that,” said Ernest Rucker, city activist. Rucker said Vannoy is not well-known in the community. “I called over 50 African-American leaders and no one knew who Bobby Vannoy was,” said Rucker.

“I never heard of him until a week and a half ago,” said pastor James Kuykendall of the Agape Christian Ministries Church. He’s not alone, 1st Ward councilman James Staton said he has never heard of Vannoy. Rucker said even the president of the city’s chapter of the National Association for the Advancement of Colored People (NAACP) said he does not know Vannoy.

“I met Mr. Vannoy,” said Kenneth Clayton, president of the NAACP. He would not say whether he knows Vannoy who has served more than six years representing the city at the water commission.

Torres defended his appointment. “If few folks don’t know who he is, they will get to know him in his new role,” said Torres. “If they want to meet him, they could meet him.”

The deputy mayor positions are largely ceremonial without salaries or benefits. Each deputy mayor purports to represent a segment of the kaleidoscope that is the Silk City. The deputy mayor serves as a liaison between the mayor and the community he or she represents.

“I try to pick individuals who believe in my philosophy, who believe in my leadership, understands the problems of the municipality, and also I try to integrate representatives of all ethnicities,” said Torres.

The mayor said Vannoy is a city homeowner and he attends church here. “If the issue is they want to know him, I have no problem setting up a meeting with anyone that wants to meet him.”

Vannoy said he’s been living in the city since 2002.

“I’m definitely connected to the community,” said Vannoy. He said he will be happy to setup a community forum to meet anyone that may not already know him.

“I was not even aware there was someone appointed to represent our community,” said Lilisa Mimms, school board member and pastor at the New Beginning Christian Outreach Ministries. Mimms, like other African-American leaders, said she was not familiar with Vannoy.

Although some community leaders may not know Vannoy others do.

“I’ve known Bobby for a while. He’s a good guy,” said assemblyman Benjie Wimberly, who has known Vannoy for almost 20 years. “I think he’ll be able to serve people well.”

Wimberly said those who do not know him will find him to be a good individual once they get to know him.

Passaic County Freeholder Theodore “TJ” Best also had a positive impression of Vannoy. “I think Bobby is a good person, he’s been involved in city government for quite sometimes, and he understands what’s going on in city hall,” said Best.

Rucker also said Vannoy has been selling printers to the city. He said that might be a conflict of interest. Vannoy said the city purchases printers from Kyocera through a state contract. He works at the company, but said he did not see a conflict. “I wouldn’t think so,” he said when asked if there could be a conflict.

Torres appointed Vannoy after members of the African-American community requested a deputy mayor of their own following the Black Condition event that took place at the end of February. Rucker said two names were provided to the mayor: Matthew McKoy, son of 3rd Ward councilman William McKoy; and Joseph Fulmore, retired assistant superintendent of the city’s school district.

The mayor instead of selecting out of the two, made his own pick. “So you just give us somebody to shut us up? You don’t give a hoot who it is except that he’s got a black face and that’s it?” said former school board member Waheedah Muhammed.

Muhammed said she does not know Vannoy. “I wouldn’t know him if he walked in here right now, so how can he help me if I don’t know who he is,” she said.

Kuykendall, pastor at the Agape Christian Ministries Church, said the mayor should have selected someone who had an existing rapport with the black community, but absent that he suggested a fix.

“The suggestion I’d offer to the mayor is he needs to invite us to the table and how we can develop a rapport with the deputy mayor,” said Kuykendall.