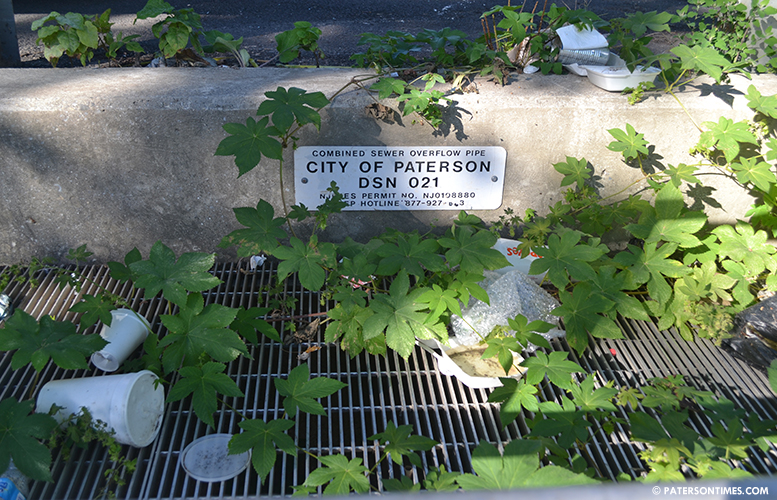 City officials are asking the New Jersey Department of Environmental Protection for additional time to comply with the newly issued permits for Combined Sewer Overflow (CSO), an antiquated underground piping system that releases sewage into local waterways during rain storms and snowmelt.

The permits calls on the city to limit its discharge of sewage into the Passaic River. “Now they want us to reduce the number of discharges we have to four per year,” said city engineer Frederick Margron during Tuesday’s city council deliberations.

Margron said currently the city has no way of measuring the number of discharges, but the state wants it to conduct studies and figure out how to do just that. Those studies and engineering plans will cost roughly $5 million for a five-year period, said Margron. He cited a study completed by Rutgers University that estimates compliance cost at around $203 million.

The city estimates compliance cost to be around $238 million. The city also estimates the cost to actually separate the combined sewer system will cost “hundreds of millions, if not a billion, dollars,” that’s according to a resolution that begs the state to award additional compliance time.

Margron said the city is looking for a 40-year schedule for compliance for construction. “We’re willing to do what’s required, we just need a reasonable amount of time, so we don’t put an excessive financial burden on residents,” said Margron.

Councilman at-large Kenneth Morris wants the surrounding communities like Haledon, North Haledon and other towns that share the city’s sewer system to pitch in. “As we’re talking about sewage overflow, we’re well aware there are many municipalities that tap into our sewer system so they are contributing to that overflow, how are we looking to recoup some of the cost from those municipalities?” asked Morris.

Margron said the new permit obligates the city to re-negotiate those agreements with neighboring municipalities.

The city identified the towns that connect to the city’s sewer system which has 24 outflow stations along the Passaic River, said William McKoy, 3rd Ward councilman. He said some years ago there was talks of re-negotiating those agreements, but that went nowhere.

Margron said that process was started, but never completed.

Morris wants meters installed at entry points to figure out how much sewage travels into the city from neighboring towns.

“We have to identify each of those point areas,” said business administrator Nellie Pou. She said then the city will install meters to establish an utility self-adjusting system that will spread costs across all ratepayers.

“They are seeing tremendous increases in their sewer bill, whereas the communities tapping into our sewer system aren’t seeing an increase on par, so we’re actually supplementing their sewer usage,” said Morris.

Pou confirmed that property owners in neighboring towns are paying much less in sewer bills than city taxpayers.

“They should start paying tomorrow,” said McKoy. He also wants those neighboring town residents to pay retroactively for the subsidies they have received courtesy of city taxpayers over the past decades.

“It needs to be a priority to rectify that situation,” said Morris.

Margron said the city spent more than $30 million over the past decade to install nets at the outflows to capture large objects. He said only one of the 24 remains that has not been netted, but that one is currently being tackled.

The city is not alone with this issue. 20 other municipalities face similar problems: Jersey City, Newark, and Elizabeth among them.

“The rest of the country moved on,” said Margron stating New Jersey is the only state in the union that’s been slow in addressing CSOs.