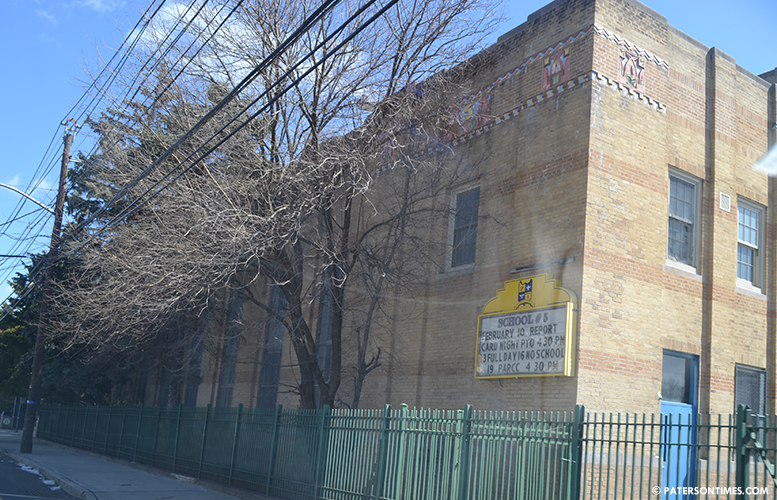 As federal grant money runs out this year for full-service community schools, the city’s school district plans to continue running its five full-service schools that provide students with healthcare services, after school programs, and English language courses for their parents.

Schools spokesperson Terry Corallo said the district will continue to run School 5, Napier Academy, School 6, School 15, and New Roberto Clemente as full-service community schools with support from its lead agency partners at each of the schools.

Linda Reid, president of the Parent Education Organizing Council, was hoping the district would expand the program to include more schools based on the successes she has witnessed in School 5 and elsewhere.

Reid noted the contrast between full-service community and other schools. She said in community schools students are much more well behaved and there’s a certain calmness that is often missing in other city schools. “Just seeing, visiting the two schools, that tells you everything,” she said.

An evaluation report completed by New York City-based ActKnowledge in May 2014 found improved student attendance in full-service schools due to after school programs. The organization looked at three of the community schools – School 5, Napier Academy, and New Roberto Clemente – to find School 5 students enrolled into after school program were in school 20 more days than their peers.

“One of the primary objectives of this program was to improve attendance rates,” said Corallo. She said parents would keep all their students home if one child happened to be sick.

Suspension rates dropped in all three schools, according to the report.

“That’s a big plus getting them [students] to school and keeping them there,” said Reid. She said only when students are in school can the teachers actually teach them. 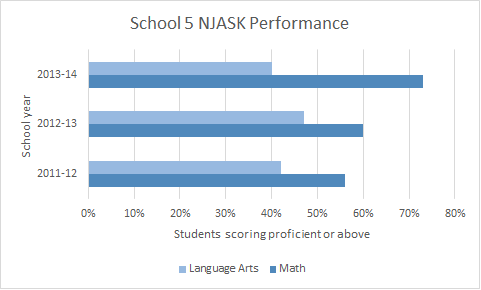 School 5 students attending after school programs also had better NJASK scores in both math and language arts compared to non-afterschool participants, notes the report. But this was not true for students in the other two full-service schools. In fact, Napier Academy “scored lower on academic achievement in 2013 compared to 2012, particularly on NJASK math,” states the report.

Even School 5, most mature of the community schools, saw a seven-percent decline in its students’ NJASK language arts score in 2013-14 school year compared to 2012-13, according to New Jersey Department of Education school report card.

School 5’s score on the math section of the NJASK saw an unprecedented increase to a whopping 73-percent proficiency in 2013-14 school year.

“School 5 has a lot of parental involvement,” said Jonathan Hodges, school board president. “There seems to be a lot of community activities going on there.”

Corallo said with budget limitations the district will have to review the range of services being offered at each of the schools.

Rosie Grant, executive director of the Paterson Education Fund, said she has seen much good come out of community schools that have addressed many social needs of city students and parents.  I think we should continue it, said Grant.