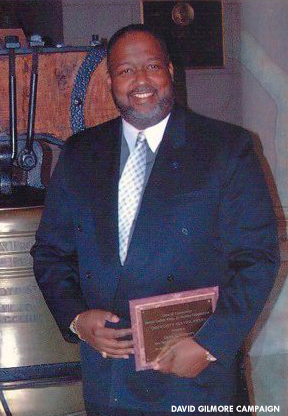 Former mayoral candidate David Gilmore has been hired as a contract compliance officer for a $40,000 salary, confirmed city officials.

“This is a great opportunity, and I’m thankful,” said Gilmore. “The mayor has also given me the freedom to continue doing what I do.”

Gilmore runs a wildly popular Facebook page “Let’s Save Paterson” that often shines spotlight on issues impacting the city. Gilmore said he may not have as much time to constantly update that page, but nonetheless he will continue his activism.

Business administrator Nellie Pou said Gilmore will report to economic development director Ruben Gomez. She said as his title suggests he will ensure contract compliance while working on one of mayor Jose “Joey” Torres’ signature initiative: the neighborhood stabilization program.

Pou said he will also actively monitor 50 or so files in the planning and zoning division that require on going monitoring. As part of that, Gilmore will have to go to sites to complete inspections.

Gilmore will also ensure contractors are submitting proper paperwork to make sure they are compliant, she said. He will also be involved in the buyback program that resulted from the devastation left behind by Hurricane Irene.

His work will straddle two departments: Economic Development and Community Development, Gilmore said. Gilmore’s resume shows a good deal of experience in housing from his post as executive director of housing and neighborhood development in Waterbury, Connecticut from 1992-1994.

Rumors have been rife that Gilmore would be hired by the city. Some politicos from other campaigns have said Gilmore might have lent some support to Torres during his campaign. There was a picture being circulated during last year’s election of Gilmore returning a bullhorn to Torres’ campaign headquarter.

When asked about possible secret support from Gilmore, Torres said that was a “dumb” question. He said it would be like saying Andre Sayegh, who finished second, was supporting him.

Torres also hired another rival Lydia Robles, who dropped out of the race and endorsed him. She was hired as an auditor with the city. Her qualifications has been since questioned by city officials and the state last month sought her college transcript to determine whether she fits the qualification bill.

“It’s not like they picked a political plum, I’m a person that comes with credentials,” said Gilmore preemptively answering the political question. “I expect there will be high expectations for me and I expect to deliver.”

Gilmore said for years he has been pointing out the problems in city government and now he will have a chance to make improvements.

Sayegh, who serves as chairman of the city council’s economic development committee, said, “He will be held accountable. We will hold him to high standards.”