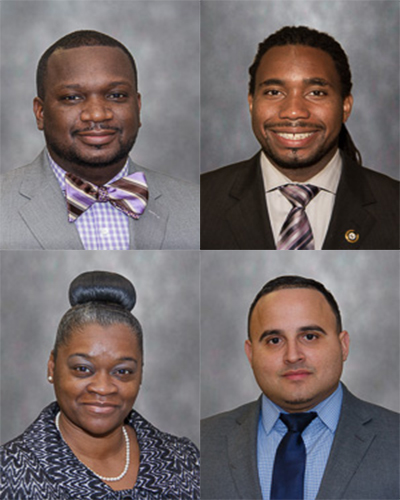 Four city school board members sent a letter and held a phone conference with the New Jersey commissioner of education earlier in the month without informing their president.

School board vice-president Kenneth Simmons and board members Chrystal Cleaves, Flavio Rivera, and Christopher Irving are listed at the footer of the letter as being the members who dispatched the letter dated March 6th, 2015.

Rivera and Cleaves defended the letter during that March 12th meeting. Rivera said the letter came about due to state-appointed district superintendent Donnie Evans’ unresponsiveness to board concerns.

The letter states: “The Board has asked for several documents from the office of the State District Superintendent, and continues to be left with very little information on how best to support the State in its creation of the budget.”

The four members also complain about their suggestions being ignored. The letter states the board has been telling the superintendent to prepare for the impending fiscal cliff since 2013, but very little has been put in place to reduce spending.

“Unfortunately, these recommendations were met with an increase in central office staff from that period to now,” reads the letter.

In their letter the four board members list four suggestions to create budget savings: change health insurance plan, outsource positions like substitute teachers, instructional aides. The suggestions also includes examining every department budget for a period of time to figure out their true needs.

They also suggest “creating an effective reduction in force list.”

Hodges mildly scolded the members who sent the letter without his permission over a sentence in the letter that read: “Please note that this memorandum does not reflect concerns of more than five Board members.”

“That language implies quorum and that’s a problem,” said Hodges. “If you had said ‘more than four’ then you’re accurate; ‘more than five’ – it’s five and under.”

Hodges said anyone can send a letter, but they should do it without stating it’s the opinion of the board. He said he was more concerned with the phone conference that took place subsequent to the letter.

Vice-president Simmons said he neither wrote the letter nor took part in the phone conference.

The district will hold an ethics workshop sometime in the future for board members that will include a piece on the “rules of engagement,” said the superintendent.

Though the letter is public record, Hodges refused to provide copies to reporters. “I don’t see a need to for this letter to be public [because] it’s marked confidential,” said Hodges.

The letter to commissioner David Hespe was released by the New Jersey Department of Education on Tuesday afternoon.