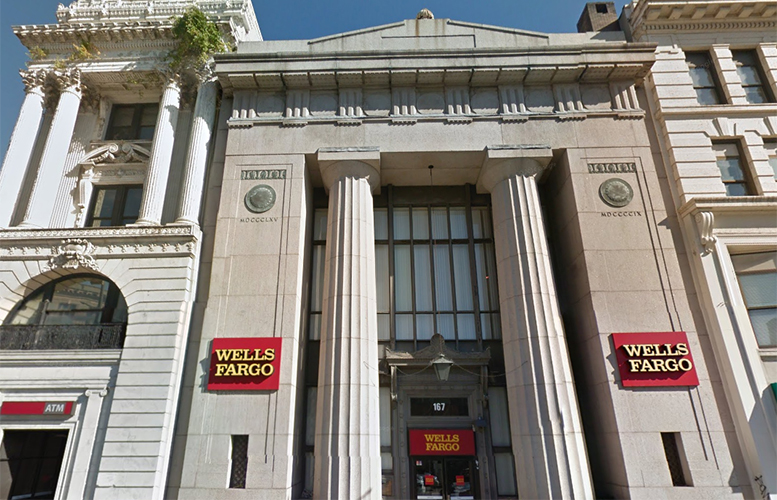 A branch of the Wells Fargo bank that was located next to the city hall building in the corner of Colt Street and Market Street shuttered its doors to customers last month.

Spokesperson for the California-based bank Kevin Friedlander said the closure resulted from a review of the company’s distribution network. He would not say whether there was a scarcity of customers to the branch which sat in one of the busiest streets in the city’s downtown business district.

City’s economic director Ruben Gomez said there was a letter that was sent to the city clerk’s office that explained the closure. “They had to move because there were some problems with the building,” said Gomez. He said the building required repairs and there may have been mold contamination problems.

“It’s a bit of a business decision,” said Gomez. “I don’t know if the volume at the store was enough for them to relocate back at any point in time.” The branch has been stripped of the banks brand iconography indicating a permanent closure.

Gomez said he is aware the bank has been consolidating operations in the city. Indeed, Friedlander said the bank has multiple branches in the city. “With the closure of 167 Market Street, customers still have plenty of banking options in Paterson with four full service community banking stores with a combined eight ATMs located at 273 Crooks Ave., 1008 Madison Ave., 233 5th Ave. and 466 Chamberlain Ave,” said Friedlander.

Friedlander said there is also three Automated teller machines (ATMs) at nearby 150 Market Street which is across the street from the closed branch. He further said there are over 300 community banking stores and 470 ATMs throughout New Jersey.

Friedlander did not respond to a follow-up message asking how long the branch existed at the location.

The building in which the branch was housed is owned by one Mahmoud Odatalla who could not be reached for comments. Gomez said the building is not likely to remain vacant for a prolonged period of time.

“It’s an ideal corner of the city, we don’t expect it to be vacant for long,” said Gomez.