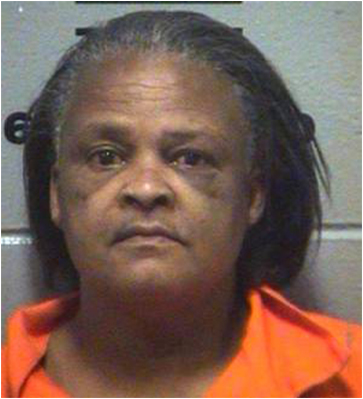 A city woman was arrested and charged with murder for the fatal stabbing of her boyfriend Saturday night, according to the Paterson Police Department.

The victim, Johnny Holley, 56, was found bleeding on a Market Street sidewalk outside the apartment he shared with his girlfriend Ronda Wilson, 53, at around 10:30 p.m. on Saturday.

Holley told two police officers who responded to the scene that he was stabbed in the upper arm by Wilson. Police quickly located the suspect in the fourth floor apartment and arrested Wilson.

“Patrol Officers Ryan Duffy and William Niebank quickly spoke with the victim before he was transported from the scene and in doing so, quickly obtained the suspect information and location,” Detective Capt. Heriberto Rodriguez said in a press release.

An ambulance rushed Holley to St. Joseph’s Regional Medical Center for treatment, but he succumbed to his injuries at around 11 p.m.

Police charged Wilson with murder and weapon possession after an investigation by Detective Ritchie Martinez.