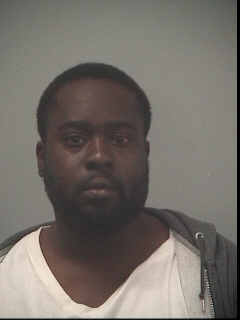 A city man distributing narcotics using a PCP dipper was nabbed by authorities on Rosa Parks Boulevard and Pearl Street Tuesday afternoon, according to the Passaic County Sheriff’s Office.

Deshawn Thomas, 27-year-old, was caught on surveillance at around 5 p.m. allowing an unidentified individual to dip a cigarette into a small glass bottle containing clear liquid. Sheriff Richard Berdnik said the practice is consistent with the way PCP also known as “wet” is distributed by drug dealers.

Thomas hid the small bottle and walked away from the scene. Sheriff’s and Attorney General’s Office Gangs and Organized Crime Bureau detectives running a joint operation in the city recovered the bottle and confirmed it contained PCP.

Thomas is being held on $100,000 bail with no 10-percent option, authorities said. “I want to thank the New Jersey Attorney General’s Office for conducting this joint investigation,” Berdnik said.

The sheriff said a .38 caliber semi-automatic handgun with loaded hollow point bullets was also recovered in the general vicinity. Berdnik said the gun was found in the bushes of an abandoned house near the Rosa Parks Boulevard and Pearl Street.

“Any investigation that ends with a drug dealer in jail and a gun off the street is a great success,” Berdnik said.