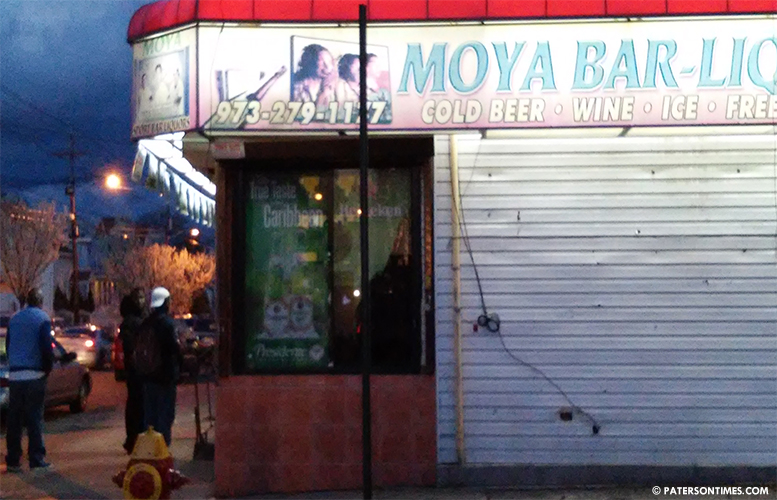 Moya Bar and Liquors of 10th Avenue was punished with a 15 days liquor license suspension by the city’s alcohol beverage control (ABC) board on Wednesday evening over a 2014 shooting inside the establishment that claimed the life of a 27-year-old city man.

Frank Covello, prosecutor for the board, suggested the board issue a 30-day suspension, but commissioners James Briggs and Octavio Aguilar opted for a 15-day suspension instead because Euclives Moya, the liquor store’s owner, cooperated with the police during the subsequent investigation.

Moya said he even provided police captain Heriberto Rodriguez video footage of the September 15th, 2014 incident that began with a domestic dispute across the street from the business and ended with the shooting death of 27-year-old Antoine Garris of nearby East 26th Street.

Garris intervened in a domestic dispute between the alleged shooter Andre Green and his girlfriend. Green left the scene and returned with a handgun which he used to cut short the life of Garris as he was purchasing cigarettes from the liquor store, said Moya.

Police said Green entered the business and fired on Garris, killing him.

“This incident had nothing to do with his bar,” said Theresa Richardson, Moya’s attorney. She argued during the hearing that led to the license suspension that a shooting at 3:30 p.m. on a Monday is highly unusual.

He later revised his statement saying Mondays are slow making security unnecessary. Richardson said security was not at fault for what happened. She passed out a news story that was published at the time with statements from police director Jerry Speziale describing the incident as a dispute that took place outside of the liquor establishment.

Richardson’s article backfired when Aguilar pointed out the same story mentioned a fatal 2012 shooting that took place at the same bar. Despite a previous shooting at his business, Moya did not add additional security which visibly baffled commissioners.

No amount of security could have prevented an “unexpected” shooting, said Richardson. “He shouldn’t be responsible for the act of a crazed criminal,” she said.

Green, the alleged shooter, was apprehended by the United States Marshals Service in Rochester, NY, on October 8th, 2014.

The bar, which is located at 442 10th Avenue and had a large crowd of people outside on Wednesday evening, will begin its suspension term on Monday, said Briggs.