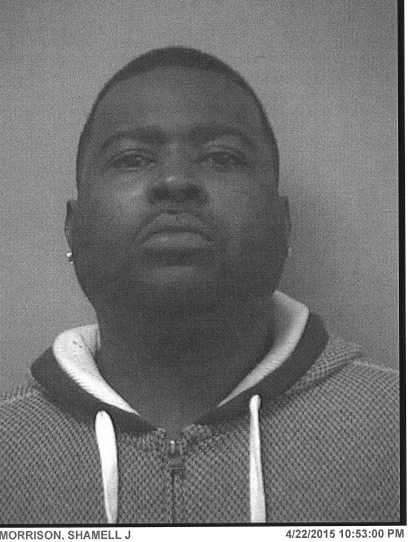 A 27-year-old city man loaded with marijuana and MDMA was arrested while riding in the back seat of vehicle on Temple Street, according to Passaic County Sheriff Richard Berdnik.

Shamell Morrison, 27, of North 6th Street, was inside a vehicle passing the intersection of Temple and North 4th streets Wednesday when it was stopped by sheriff’s officers Rashedul Chowdhury and Joel Familia for having its headlights turned off.

Chowdhury and Familia found Morrison in the rear passenger seat holding an open container of alcohol. Sheriff’s officers questioned the suspect to find he had 5 plastic bags of marijuana and 9 small zip lock bags containing mollies.

Morrison was also wanted on six outstanding warrants from Paterson municipal court. “All appropriate motor vehicle summons’s were issued. Mr. Morrison was placed under arrest and transported to headquarters for processing,” Berdnik said.

Berdnik said Morrison was charged with drug possession, possession with intent to distribute, and possession to distribute 1,000 feet of School 17. The sheriff said the suspect was handed over to Paterson police.