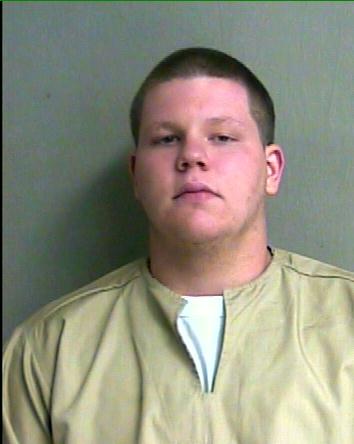 A month and half after escaping from a Newark halfway house, Charles Umstead, 22, who was convicted of an aggravated assault with weapon, city police assisted the United States Marshals Service regain custody of the escapee on Friday, said police director Jerry Speziale.

Umstead was found at a home in Haledon hiding under a plywood platform inside the second floor bedroom of 393 Belmont Avenue, said the director.

The U.S. Marshals New York/New Jersey Regional Fugitive Task Force and city police warrant squad officers Joe Thomas, Ed Lugo, Gino Forementin, and Ralph Gonzalez surrounded the three-story home prior to the arrest. He was arrested without an incident, and handed over to the New Jersey Department of Correction which placed him in Northern State Prison, said Speziale.

Umstead escaped out of Kintock in Newark on March 5th, 2015. Authorities issued a warrant for his arrest, but it took a month of investigation by city police and the marshals service interviewing numerous individuals in Haledon and Paterson before narrowing down on several addresses in both municipalities.

City detective Robert Vogt assisted the marshals in arresting Umstead after arrest squads were placed outside the several suspected hideouts for seven hours. Authorities positively identified the suspect at his Belmont Avenue hideout before moving in, said the director.

Umstead was sentenced to eight years in prison for committing an aggravated assault and robbery in the city, according to the state’s department of corrections. In 2009, he was one of three charged with murder over the death of Jaime Bermudez, National Guardsman from West Paterson. Bermudez was shot in the chest and stabbed on Robert Street on November 28th, 2008. The victim later died in St. Joseph’s Regional Medical Center.

Umstead pleaded not guilty to murder and attempted murder charges. He was later sentenced on aggravated assault with a weapon and robbery.

“We value our partnership with US marshals service and look forward to achieve our goals of a safer city and state,” said Speziale. “This relationship will continue to remove violent criminals from the street. I’m proud of the work by the men and women of the task force in this apprehension and many others.”