The family of slain city man Saulo Del Rosario can proceed with their wrongful death lawsuit against the city and police officer Marj Kush who fired two shots from behind a Baker Shield killing the victim in his Redwood Avenue home, ruled a federal judge.

U.S. District Judge William Martini denied Kush and the city’s request to dismiss the family’s 12 count complaint. Martini dismissed civil rights and intentional infliction of emotional distress counts against the city, according to the opinion issued on April 16.

Counts against Kush was sustained leaving him to face civil claims.

Police officers responded to a call of an “EDP,” emotionally disturbed person, on the morning of September 1, 2012, at the home of Del Rosario after his family grew concerned about his health because he locked himself up in a room from the night of August 31, according to court documents. 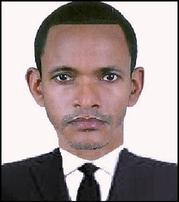 Officers spoke to Del Rosario’s sister Marta Del Rosario who told them she was concerned he would have a convulsion if he did not take his medication that morning. Officers attempted to speak to him through the door, but he was not responsive.

Few officers positioned themselves outside the deceased’s window to breach the bedroom door. They breached the door holding a Baker Shield, a shield designed to protect at least three person from attack including gunshots.

The door was kicked open. Del Rosario had a hammer in his hand. Kush ordered him to drop the hammer. Del Rosario did not drop the weapon. Kush fired two shots from behind the protective shield.

One of the shot struck Del Rosario in the mouth.

Del Rosario at 39 years old was pronounced dead at St. Joseph’s Regional Medical Center from a “gunshot wound of head,” according to court records.

His family subsequently filed a lawsuit on August 2014 seeking $10 million in damages. The suit alleged excessive use of force, negligence, negligent hiring and training, negligent supervision, and conspiracy.

The family alleged the police officers conspired to “delay and impair the investigation” after the shooting took place. “Here, the facts alleged make it plausible that a conspiracy existed,” Martini wrote in his ruling.