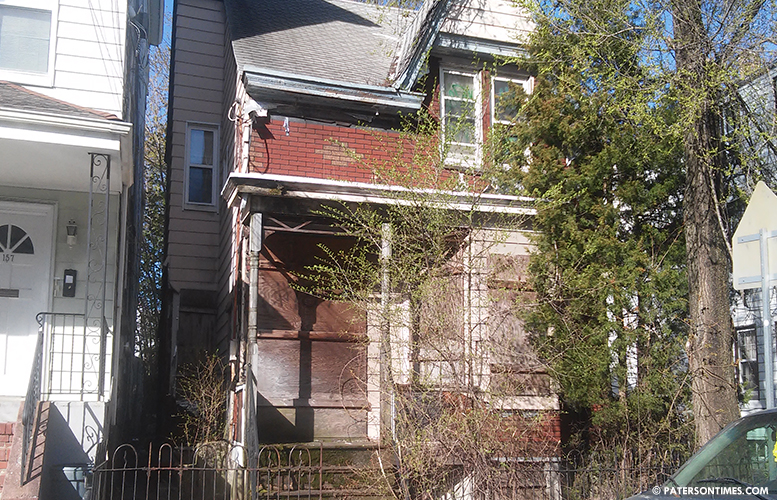 City officials passed an ordinance earlier in the week to force banks to maintain properties that are undergoing foreclosure.

The ordinance, which passed unanimously in the city council on Tuesday evening, requires banks to assume the responsibility of care, maintenance, security, and upkeep of the exterior of an abandoned property, according to the local law.

Creditors are also required to notify the city clerk’s office within 10 days of filing a foreclosure action in court under the new ordinance.

“We’re saying these abandoned properties become eyesores and unfortunately at times crime magnets so now we’re putting the onus on the owners,” said Andre Sayegh, 6th Ward councilman, prior to casting his vote in favor of the ordinance.

The ordinance recognizes the city’s long struggle with abandoned properties which are often used by criminal gangs to stash drugs and weapons. “Paterson incurs disproportionate costs in order to address the problems of vacant and abandoned structures, including but not limited to, excessive police calls, fire calls, and property inspections,” reads the ordinance.

“In many cases the creditor of abandoned properties, neglect the property, fail to maintain or secure the property to adequate standard,” reads the ordinance. To address this problem the ordinance sets fines $1,500 per day on violations that remain unaddressed.

Out-of-state creditors that fail to appoint an in-state agent to handle the upkeep of the abandoned property face $2,500 in fine per day, according to the ordinance.

The new measure is part of mayor Jose “Joey” Torres’ neighborhood stabilization program which granted the city power to bring summary judgment in New Jersey Superior Court to quickly take possession of abandoned properties and convey them to developer. The developers will presumably put the properties to “more productive” use.

“I’m glad to see that the ordinance we originally adopted in 2009 is being built upon,” said Sayegh, referring to an earlier ordinance that requires owners of abandoned properties notify the city. This process allowed the city to compile a list of properties throughout the municipality that are abandoned. That list revealed 1,200 abandoned properties in the city last July.