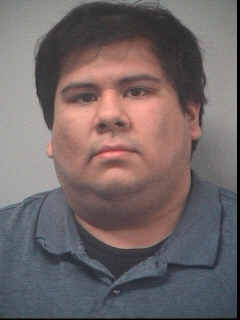 A city man was arrested on Tuesday following an investigation that found he had 100 files of child pornography on his computer, according to Passaic County Sheriff Richard Berdnik.

Raul O. Alarcon, 27-year-old, at his 365 Fair Street home on Tuesday. Berdnik said detectives conducted an investigation after receiving a cyber-tip from the National Center for Missing and Exploited Children that identified a computer at Alarcon’s address was distribution child pornography via the internet.

Authorities identified Alarcon as the person sharing files over the internet from the investigation and from evidence found at the Fair Street apartment.

Detectives originally recovered six files of child pornography using law enforcement tools. They were able to confirm Alarcon was the person distributing the files via the internet.

“During an initial preview of computer and electronic devices seized from the residence, detectives have located in excess of 100 files of child pornography,” Berdnik said.

Berdnik said Alarcon was arrested and charged with possession and distribution of child pornography. The accused was transported to city police lockup awaiting bail.