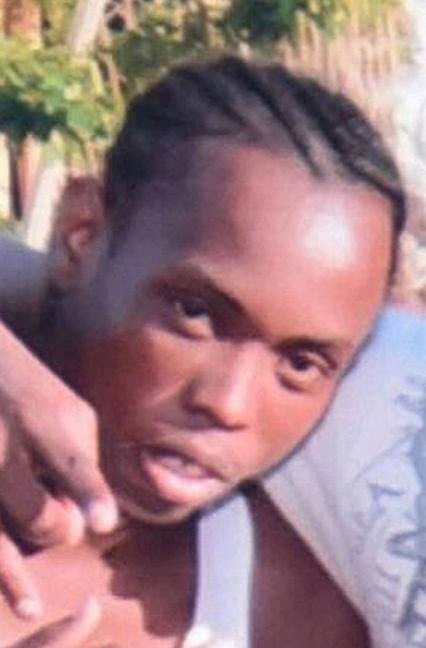 The death of a 23-year-old city man in a hit-and-run involving an off-duty police officer sparked a march from the victim’s home to city hall on Tuesday evening.

Almost 200 people marched from Jaquill Fields’ North 6th Street home to the site where police officer Jose Urena, 30, allegedly struck the victim and his brother last Tuesday, before marching to the city hall.

“He left him like a dog on the street,” said Dorothy Felton, an aunt of Fields, speaking in front of the city’s governing body, describing the action of the police officer.

Urena allegedly hit Fields (pictured) and his brother Ameem with his car as they were walking from home at about 8:25 p.m. last Tuesday, said Kenyatta Stewart, attorney who is representing the family. He wondered why Urena was not charged with vehicular homicide in the case.

The off-duty police officer allegedly left the scene of the accident leaving Fields to die, said his family. A large number of Fields’ family, friends, and neighbors filled the city council chambers to demand justice in the case. And an even larger number remained outside braving the rain.

Stewart said he knew there’s not much the council could do, but he urged them to do what they have in their power to accomplish which is to install a stop sign on North 4th or 5th and Temple Streets. He said motorists often speed up and down the hill that is Temple Street which, he said, has very few stop signs or lights.

The attorney mentioned the case of Randolph Waddy, a Garfield man, who was struck by a vehicle operated by two city auxiliary police officer on nearby North 1st Street in 2012. After impact the two volunteers did not stop to administer aid, but left the scene of the accident. Waddy later died from the crash.

“We’re not here to bash police,” said Stewart. “Either he [Urena] was a vicious thug or he panicked.” He said there may be a lack of objectivity from the Passaic County Prosecutor’s Office which investigated the incident in conjunction with the city’s police.

Stewart said city police officers and prosecutor’s detectives often work hand in hand which may have prevented them from properly charging one of their own. He said he will write a letter to get the case transferred to another jurisdiction to prevent any conflict of interest.

About half-dozen speakers took to the podium, mostly family members of the victim, urging harsher punishment for Urena.

Sabrina Clyburn, another of Fields’ aunt, raised questions about Urena’s bail amount: $50,000 with 10-percent option. On Wednesday morning, the day after the incident, the off-duty police officer posted bail following an arraignment on charges of leaving the scene of an accident.

Clyburn attended the court proceeding the day after her nephew was killed. “He showed no remorse,” she said.

Some family members thought the bail was too low and Urena was able to free himself by posting $5,000. “That’s what a life costs five-thousand dollars?” asked Felton.

Urena has been working for the city’s police department for six years. He was suspended without pay after the incident, according to police director Jerry Speziale.

Clyburn expressed anger at Urena being described as a hero in news reports for an act of heroism where he went inside a burning building and saved three babies. “He’s not a hero,” she said. “He’s a coward.”

Fields’ girlfriend, Dymeeshia Johnson, 20, and his sister Mi’Yahna Robinson, 13, were present at the council chamber. Fields and Johnson have a two-year-old boy together who is now fatherless.

He went home to his family, said Clyburn, but Fields could not. “We want answers, my sister wants closure,” she said.