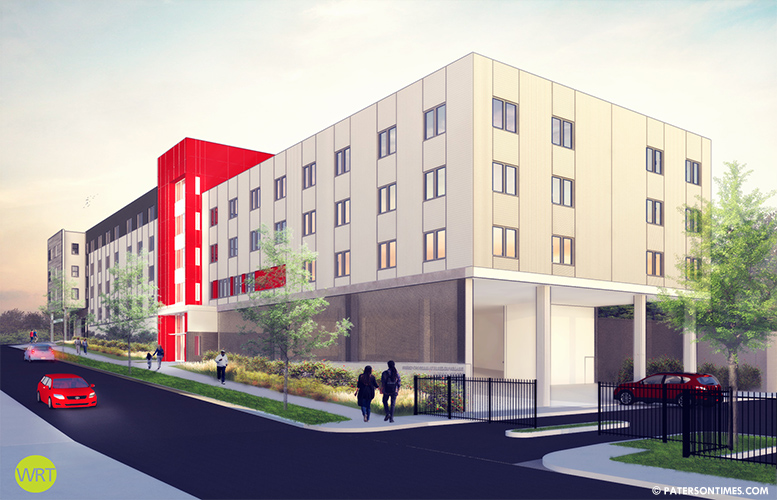 City officials have endorsed a proposal to add an additional 70 units of senior housing at the Freedom Village apartment complex on Harrison Street.

The proposed development at the site of the now demolished brewery and one-time dye factory is being spearheaded by Philadelphia-Pennrose Properties.

The 70 additional units is part of a second-phase at the village. Construction is near completion at the 2.3-acre site for the first-phase of the project. The second phase is expected to be completed next spring.

Once completed the former Apollo Dye factory site will be home to a 133-unit of environmentally sustainable – Leadership in Energy and Environmental Design (LEED) certified — senior community.

The LEED certified building will save seniors money through lower utility costs. “The city’s commitment to green design is in complete alignment with the goals of the design team to provide seniors with the lower utility costs and a healthy home,” Nando Micale, principal of Pennsylvania-based architectural firm Wallace Roberts & Todd (WRT), said.

WRT was brought on board by Pennrose Properties and the Paterson Housing Authority to work on the project. The team brought together hope to revitalize Paterson’s downtrodden 4th Ward. . “This first phase of neighborhood transformation also provides opportunities for 4th Ward seniors to age in place, helping to bolster the social cohesion of families and the neighborhood,” Micale said.

The development team will also look to add in a healthy foods former store at the Freedom Village named in honor of Martin Luther King Jr.’s 1968 speech at the nearby Bethel AME Church. The team has approached The Food Trust, a national non-profit focused on increasing access to affordable, nutritious food in needy neighborhoods.

The housing development in the corner of Governor and Straight Street is part of the 4th Ward Redevelopment Plan which seeks to create economic growth and improve the neighborhoods inside that ward.