A wrongful death lawsuit filed against the city by the family of a drive-by shooting victim has been dismissed by a federal judge, according to court records.

The federal lawsuit filed by the family of Mark Harris Jr., man killed outside a supermarket on Rosa Parks Boulevard and 12th Avenue in 2013, sought to hold Paterson and the New National Supermarket responsible for the death.

Both the city and the supermarket failed to provide adequate security in the crime-plagued neighborhood, read court complaint filed by the family. 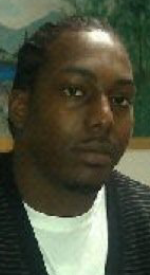 The family “argue[d] that the size of the City’s police force was inadequate and that the police department did not take adequate measures to protect the public,” summarized U.S. Judge for the District of New Jersey Susan D. Wigenton in her opinion issued on June 22.

The city’s emergency medical service (EMS) response was slow and that contributed to Harris’ death argued the family in their suit.

“The police in this matter provided adequate services and the City cannot be held liable for the allegation that Paterson EMS did not arrive in a reasonable time,” Wigenton wrote. “For negligence-related claims concerning emergency 9–1–1 services, the City has immunity from liability as to the timeliness of the City’s EMS services or for failure to provide police protection.”

Members of Harris’s family alleged city police had a “discriminatory custom where certain areas of the municipality were provided police protection, while others such as where the decedent lost his life, were left unpatrolled, with broken surveillance cameras,” according to court records.

Wigenton did not find support for this claims in the lawsuit. She wrote, Harris “lost his life
due to the criminal activity of a third party.”

Harris was killed on July 14, 2013 at around 3 a.m. when a drive-by bullet struck him in the abdomen. 45-minute after the shooting, EMS responded to the scene, and transported him to St. Joseph’s Regional Medical Center. Hours later, Harris succumbed to his injuries and was pronounced dead at the hospital.

On September 18, 2014, Mark Harris Sr., the victim’s father, Nicole Bethea, sister, and Annette Bethea, mother, filed a wrongful death against the city and the supermarket. “To date, New National Supermarket has not appeared in this case,” reads a footnote in Wigenton’s decision.

After Harris’ death his sister Nicole Bethea became an activist against gun violence. Bethea has taken part in anti-violence demonstrations and called on the city to force businesses to close early.

Since then, the city has taken steps to close late night businesses through a business curfew ordinance that forces the supermarket in question to close at 12 a.m.

City’s police department charged Isaiah Wilson, 26, of Paterson, with the murder of 30-year-old Harris, in April of this year.