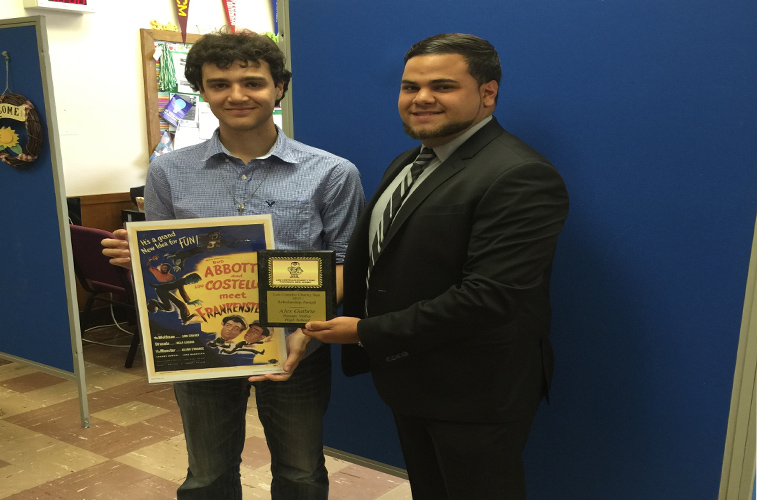 “On behalf of the organization, we are pleased to award this scholarship in the name of our tent hero and former Paterson, NJ native Lou Costello to Mr. Guthrie in recognition of his outstanding scholastic achievements,” charity’s president Joseph Federico said.

The organization is named after famous Paterson comedian Lou Costello to honor his memory by his longtime physician and friend Fred Crecente.

Crecente started the organization in the 1970s to memorize the famous Patersonian. The organization is comprised of prominent individuals from the professional and business world, according to the group.

Federico was part of the original founding, but after that the organization floundered. Today, the organization has become a sub-chapter of the National Circus Saints and Sinners of America, a national charity that raises money for local organizations, with permission from the Costello.

Federico has been redoubling efforts to revive the organization to raise funds to aid charity groups and support causes in honor of the great comedian.

The group has two upcoming projects which includes a comedy night in the fall and a bus ride to the Radio City Christmas specular in December.