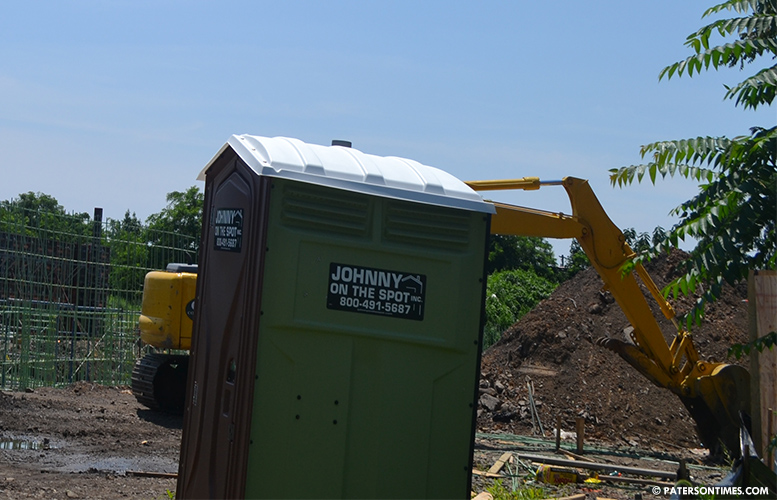 Ojeda said construction started in the second week of June. He expects the completion of the salt storage facility before the end of summer.

The facility is being constructed at the dead end of Montgomery Street passed Rosa Parks Boulevard in the 4th Ward.

The site was used for dumping for quite some time.

“We had to clean up that lot before we started doing anything with the salt dome,” said Ojeda. The city council in March awarded a $188,000 contract to Wharton-based Tilcon New York for site work.

A second contract of $902,662 was awarded to Newark-based CMS Construction for the building of the salt dome.

Both the clean-up and the construction are being funded by federal grants through Community Development Block Grant (CDBG) funds, according to city records.

City officials are hoping the construction of the facility will end salt shortage that leaves city streets icy and dangerous during winter months.