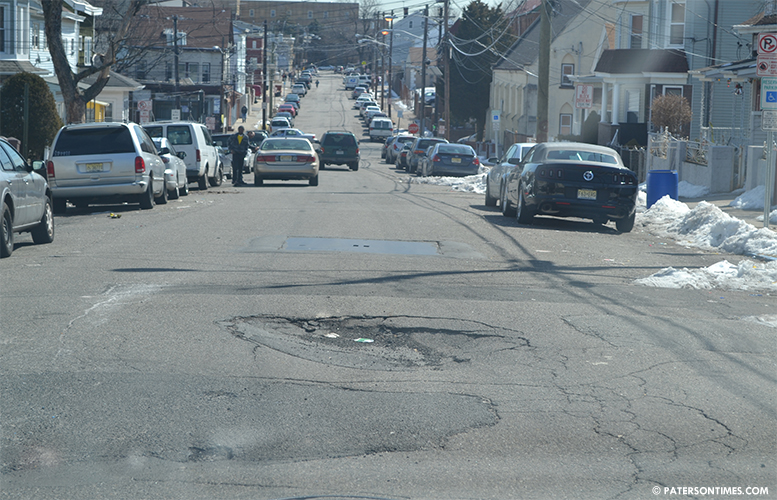 The city prevailed in a lawsuit and an appeal that was filed by a man who allegedly suffered injuries after stepping on a large pothole in middle of Richmond Avenue in 2011, according to court documents.

Rene Alicea filed a lawsuit against Paterson in New Jersey Superior Court after he stepped on to a foot deep pothole losing balance and twisting his right knee which hit the pavement. But, he lost the lawsuit, after which, he filed an appeal.

Alicea had to prove the city received notice of the dangerous condition that existed on the street. He provided an affidavit from a neighbor who reported the hole a year before his fall on September 30th, 2011 at around 9:30 p.m.

The judges wrote Alicea provided “no proof” the city received complaints about the pothole’s dangerous condition or that it had records of previous accidents at the site. “Hearsay statement of neighbor complaints is insufficient to support the actual notice element of his claim,” Lihotz and Espinosa wrote.

It was also argued the large size of the pothole, “thirteen to fifteen inches deep,” “thirteen to fourteen inches wide,” and “thirty-six inches long” made it obvious and served as constructive notice to Paterson under the New Jersey Tort Claims Act. However the judges were not persuaded, despite the estimated 10-month the pothole sat on the street.

Alicea admitted during deposition that “he did not see any potholes until the spring of 2011,” the opinion issued on July 10th, 2015 read. He also stated the holes became large in September 2011, the month he fell, according to the opinion. “Thus, the potholes appeared in the spring and grew larger in September,” Lihotz and Espinosa wrote.

The judges found the city poor performance in repairing pothole not “palpably unreasonable,” a standard set in the Tort Claims Act.

Alicea also could not prove the pothole resulted from “negligent or wrongful act or omission of an employee of the public entity” as is required under state law. Here, the pothole in which,” Alicea “fell was not shown to have been created by conduct by the public entity’s employees. Rather, the condition resulted naturally because of the change of weather conditions from winter to spring,” wrote the judges.

After he suffered injuries, Alicea was diagnosed with “impaction fractures of the femorotibial and patellofemoral compartments as well as [a] partial ACL tear of the right knee,” according to court documents.

Alicea had no prior injuries to his knees, according to court documents. Lihotz and Espinosa did not need to review Alicea’s injuries after it was determined he was not entitled to damages under the state’s tort law.