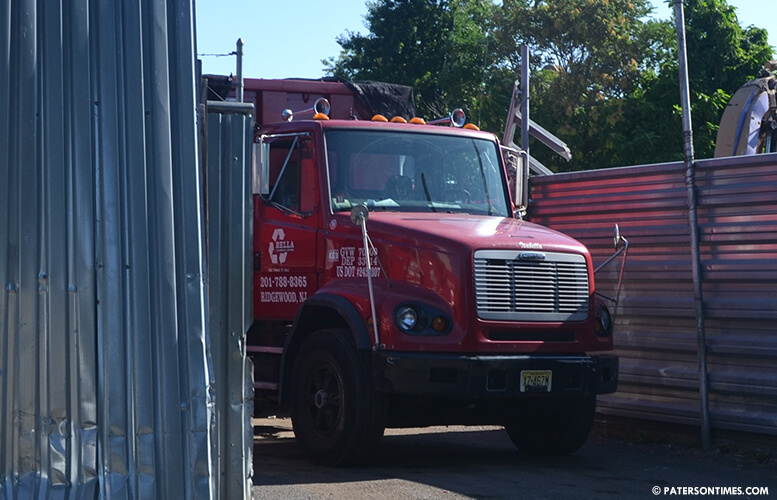 The Ridgewood-based trash hauling company Bella Cleaning and Carting that has Riverside section residents and city officials calling for the firm to shut down was cited in 2013 by the state for operating without requisite paperwork, according to New Jersey Department of Environmental Protection (NJDEP) records.

Raabe could not be reached for comments. His company’s phone number listed on the website says it was disconnected.

Caryn Shinske, spokeswoman for the DEP, explained that certificate is needed for firms that collect solid waste from municipal and industrial locations.

Shinske said the company has a solid waste permit and has obtained the Certificate of Public Convenience and Necessity. “They are up-to-date with their credentials,” she said.

Though he has rectified the violation with the state, the city has been ticketing him for his company’s behavior at the dead end of Warren Street. City officials said the company is operating illegally without a certificate of occupancy.

Area residents said the company leaves trucks and dumpsters with garbage on their street causing foul odor. Gregory Pope, a Riverside section resident, said the company also keeps trucks idling and employees wake residents up early in the morning as they take garbage trucks out of the location.

Just on Tuesday, city inspectors issued tickets to the company. Even before this week, Raabe was told to cease operating his business, but he did not comply. He was ticketed for breaking local ordinances for leaving trucks in unpaved area and operating without a certificate of occupancy, according to city officials.

The company was in court to face the charges on June 22nd, 2015, according to the memo. Tickets were issued on June 19th as well.

The city council on Tuesday held a hearing where council members called on the company to shut down and leave the city.

Since then, Pope said there have been improvements. “I don’t see the car parks out there,” said Pope of the garbage filled trucks. Although Pope and about 30 residents have been complaining to city officials they have not yet complained to the state.

Shinske said the state’s hotline did not receive any complaints from city residents. “I haven’t complained on the state level not yet,” said Pope. “I’m ready to wretched up the pressure.”

When told about the violation the company received in 2013, Pope remarked, “That’s how he operates.”

Pope said the neighborhood residents have been suffering for the past two to three months. They have pleaded with Raabe, but he treated them with indifference.

“It’s really a nightmare. I don’t have the money to move. I wish I could just move out of the neighborhood, but that wouldn’t solve the problem.”