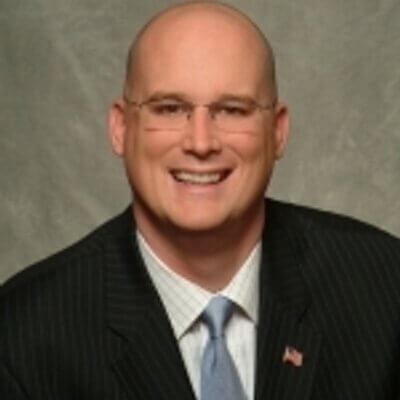 The mayor of Woodland Park has paid a parking ticket which he received for improperly parking his vehicle too close to a stop sign on a Paterson street.

The mayor explained his SUV was briefly parked near JC Printing and Advertising on 8th Avenue from which event signs were being loaded on to his vehicle. “I was there for two minutes. I had the guy from JC Printing loading up my car,” said Kazmark. “Should I have been parked this close to the parking sign? Probably not.”

Kazmark said he was standing next to the car when signs were being loaded into the SUV. “I wouldn’t have parked there for a long period of time,” he said. He said there was a community event in his borough, formally known as West Paterson, for which he was picking up the signs.

The mayor said the police did not issue the ticket. He said Sirrano Keith Baldeo, owner of the New Jersey Pulse tabloid, captured a picture of his vehicle parked near the stop sign, took it to the police department, and a ticket was issued.

There appears to be personal friction between the mayor and Baldeo. The tabloid publisher allegedly sought to assist a friend of his who is the subject of a criminal complaint in the borough via the mayor. Baldeo, who would not mention the individual’s name, said the borough’s court made a mistake taking a civil complaint as a criminal complaint. He said he sought to correct the issue, but Kazmark told him the mayor does not interfere with the municipal court.

Baldeo said he was irked by the mayor’s response at a borough council meeting when he raised the issue. “He boasted that he knew so much about the law. He can’t even interfere with the judicial process, he can’t even interfere with the police chief. And I should contact the police chief myself if I had a problem with the issue. That’s what triggered me off.”

The mayor should have known better than to improperly park his vehicle on a city street if he knew so much about the law and was a “clean politician,” said Baldeo.

“He has a habit of targeting Paterson residents,” said Baldeo mentioning police checkpoints that are setup along Squirrelwood Road near Glover Avenue in Woodland Park that city officials have said are designed to ensnare city residents.

Baldeo said Kazmark’s specialized license plate would have deterred police from issuing the ticket. The mayor’s license plate read “1″ with “KK” running vertically on one side and “WP” on the other. “When a cop sees that he won’t give him a ticket,” said Baldeo.

The tabloid publisher said he wanted to send Kazmark a message that he’s not above the law.

“The ticket was issued. I paid the ticket,” said Kazmark. “The responsible thing to do was to pay the ticket. That’s what I did.”