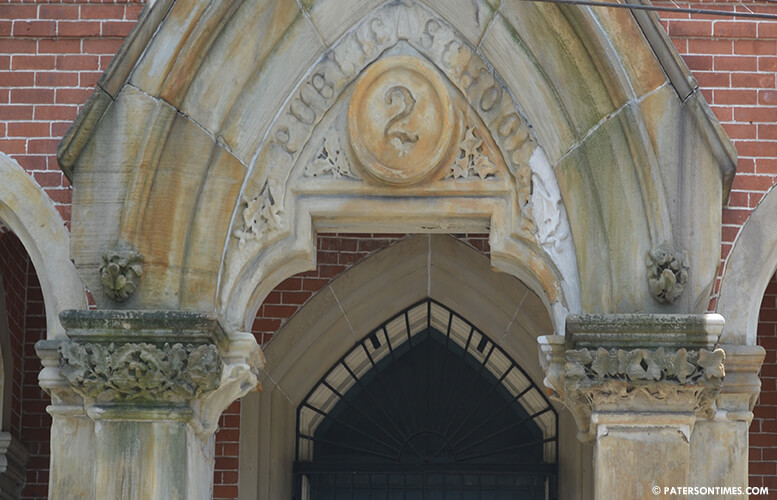 The Dublin section, known as the city’s first neighborhood, which flourished in 1800s with newly arrived Irish immigrants, who worked at the booming textile mills and locomotive plants, is the subject of a new study being conducted by the Paterson Historic Preservation Commission.

Trenton-based Hunter Research has been awarded a $23,835 contract from a grant the municipality secured from the New Jersey Department of Environmental Protection’s Historic Preservation Office to conduct an intensive level survey of the neighborhood which is home to a significant number of historic buildings.

Old Public School 2, Thompson and Ryle houses on Mill Street, the Argus Mill on 6 Mill Street, the Question Mark Bar, and many other historic buildings fall within the North Dublin Historic District.

Many of the aforementioned historic buildings have been appropriate into the Great Falls Historic District. The 1852 former First Presbyterian Church on Main Street has been included in the Courthouse Historic District. Six other neighborhood buildings east of Cianci Street — on Market, Ellison, and Prospect Streets — are part of the Downtown Commercial Historic District.

There’s also the core of the Dublin neighborhood on Elm Street which, in 1978, was determined to be eligible for the National Register, according to city records.  The former Deutsche Presbyterian Church, St. Michael’s Roman Catholic Church, which is on the National Register of Historic Places, are in the North Dublin Historic District, according to city records.

Similarly, the South Dublin Historic District has company-built buildings that once housed the mill workers. The neighborhood has seen many changes in the past decades that included the destruction of many historic buildings. 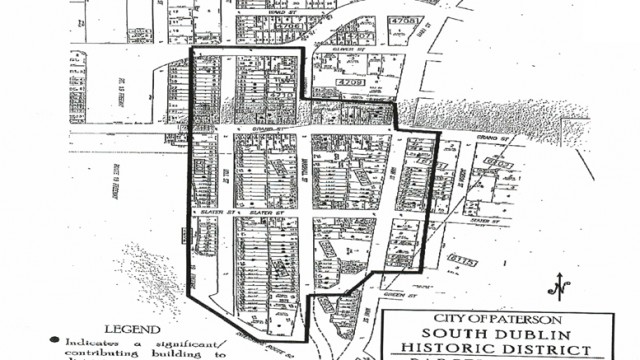 Map shows the boundaries of the South Dublin Historic District.

The Barbour Mills Worker Housing Complex on Slater Street which was once eligible for listing on the National Register of Historic Places no longer retains its architectural integrity, according to city records.

An 1880 Queen Anne-style house at 34 Ward Street was demolished when Ward Street was widened. When Oliver and Mill Streets were reconfigured the “Dublin Spring Water Boy” statue by Gaetano Federici had to be relocated.

City officials are hoping after the study has been completed at least some of the buildings – many of which are deteriorating – can be salvaged and saved through historic preservation.

The survey will gather more information about the individual buildings like basic architecture and time period of each of the buildings in the neighborhood that are mostly located along Grand and Mill Streets as well as portions of Main, Marshall, Slater, State Streets.

The Irishmen who lived in the neighborhood in the 19th century contributed greatly to the city’s and state’s development even helping to build the Morris Canal which opened in 1829.

Correction: A previous version of this story stated $17,500 was appropriated for the study when in fact it was $23,835.