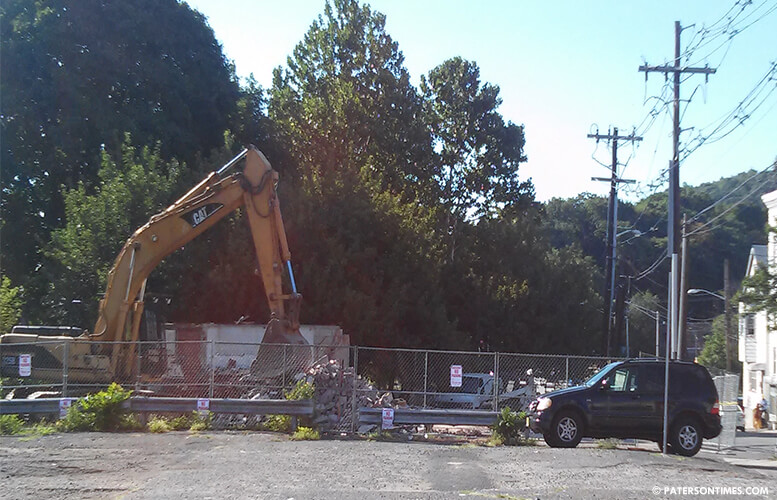 The abandoned Dairy Queen building in the corner of Wayne and Maple Streets, just steps away from the newly renovated Mary Ellen Kramer Park within the boundaries of the Great Falls National Park, has been knocked down by the New Jersey Department of Environmental Protection (NJDEP) on Wednesday, confirmed officials.

Shinske said the demolition was completed through a $17,500 contract with the Wayne-based company. The city targeted the property which was an eyesore inside the new national park using its abandoned properties ordinance late last year.

Visitors to Mary Ellen Kramer Park or the historic Hinchliffe Stadium – both inside the national park — had to pass through the unsightly building prior to making their way to Overlook Park.

New Jersey acquired the abandoned building in 2006 through its Green Acres program prior to the national designation of the Great Falls.

Superintendent of the Great Falls National Park Darren Boch said the area will now join the adjoining section of the park along Maple Street that was recently landscaped with benches and allows for a picturesque view of the water fall.

The cleared site will be part of the park landscaping, said Boch.