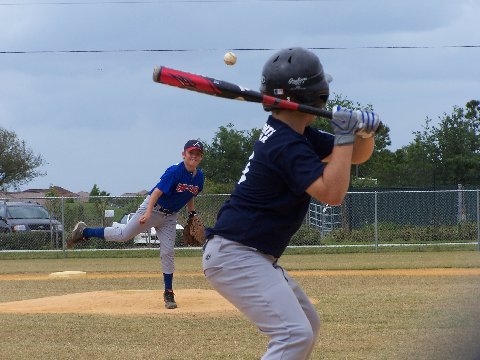 Mayor Jose “Joey” Torres has designated Paterson as a 2015 Play Ball City joining more than 130 cities across the United States working to revive baseball in the inner cities.

“The sport of baseball has grown alongside our nation and has served as a bond in cities across the country, and has taught our youth valuable life lessons of teamwork, perseverance, leadership and sportsmanship,” Torres said in a statement Friday afternoon. “As Mayor I pledge to conduct and promote a play event during the month of August and I encourage community and especially our youth’s participation in our National Pastime.”

Torres is inviting city young people to come out on August 30 at 9 a.m. in Eastside Park’s Larry Doby Field for a series of activities including playing baseball, playing catch, running base, playing vitilla, a form of stick ball popular in the Dominican Republic.

“For decades, baseball has had a unique ability to bring communities together, and today, Major League Baseball is seeking to strengthen that connection between our sport and cities across the country through our new Play Ball initiative,” MLB Commissioner Rob Manfred said in a statement on Monday when he unveiled 125 cities participating in the August play ball month initiative.

Including Paterson, 132 cities have joined the grassroots initiative to promote baseball in the inner cities. “We are thrilled to begin this new and innovative partnership with the U.S. Conference of Mayors, and I thank all the mayors who have stepped up to support this effort to provide fun experiences for kids and families during Play Ball Month,” Manfred said.

Torres has designated August as Play Ball month in the Silk City. The grassroots movement has brought together the United States Conference of Mayors, MLB, and Minor League Baseball.

“We’ve been working with Major League Baseball for the past three years in a joint effort to increase interest and revive baseball in our inner cities,” Torres said.  “The City of Paterson is currently, proudly represented in the RBI World Series for the first time in its history, and through PlayBall we are expanding and strengthening the game of baseball in our City.”

Play Ball is a prodigious effort to grow America’s national pastime while allowing young people interested in the sport to meet and connect with those that are already involved.