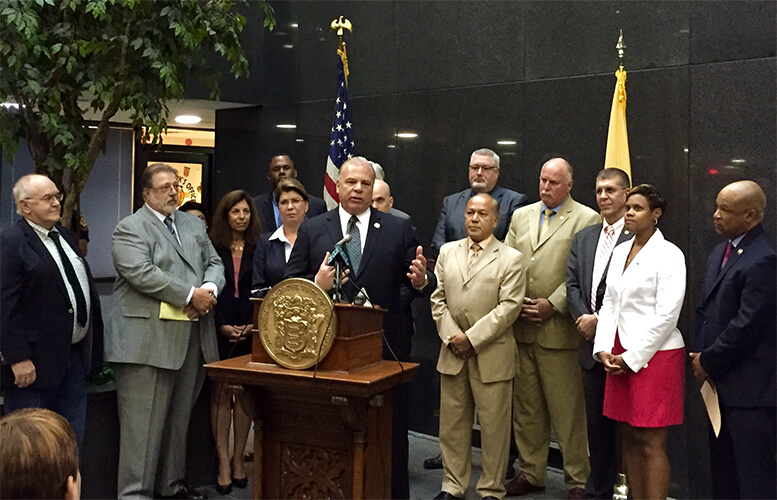 The reforms include raising the minimum age to waive a child into adult court from 14 to 15 allowing a 60-day period to evaluate an individual’s case instead of 30 days. Focusing on rehabilitating young offenders the reforms limits the amount of time a juvenile may be held in solitary confinement to no more than 10 days in a month.

“Young people in the criminal justice system deserve the opportunity of rehabilitation in an environment that supports reform so that they can become contributing members of society,” State Senator Nellie Pou, one of the main sponsors of the legislation, said.

The new law also raises the age at which a juvenile offender may be transferred to an adult facility from 16 to 18.

“A chance, hope, counselors, and access to addiction services are critical parts of the solution to successfully rehabilitating a young person in prison,” Assemblyman Benjie Wimberly said. “We must remember that they are still children and in an adult prison, with its limited services, their needs are not adequately met. This new law now changes that.”

“Sending a child to an adult prison population has no rehabilitative benefits at all,” Assemblywoman Sumter said. “With this new law, we can begin to mend the current system, help break the cycle of recidivism and give hope to those who never had it.”

“Our major goal is not only to protect young individuals from disciplinary policies that could be harmful to their mental and physical health but also to make sure that those who commit serious crimes are held accountable,” said Pou, flanked by legal advocates, prosecutors, and juvenile justice professionals, at the Passaic County Administration Building.

The new law allows a juvenile older than 15 charged with serious crimes like murder, kidnapping, and robbery to be waived into adult court.

“This new law strikes an appropriate balance in supporting juvenile offenders and their families as they rehabilitate their lives while ensuring those juveniles who commit adult-type crimes like murder can still receive adult sentences,” Sean Dalton, Chief of the County Prosecutor’s Association, said.

Wimberly, Sumter, and Pou were the primary sponsors of the law. Wimberly and Sumter praised Pou for her work in seeing the bill made into law.

“I applaud Senator Pou, who has championed this reform through the legislature, for her hard work and dedication to improving the juvenile justice system in New Jersey, and Assemblywoman Sumter and Assemblyman Wimberly for their leadership efforts in gaining approval through the Assembly,” Senate President Steve Sweeney said.

Lawmakers were joined by Mayor Jose “Joey” Torres and a number of advocates. “These reforms will bring more fairness to the justice system,” Torres said.

“Although juveniles should be held accountable for their actions, the goal of the juvenile justice system is to return these youth to their communities equipped with the skills they need to stay out of trouble and mature into productive adults,” Cecilia Zalkind, executive director, Advocates for Children of New Jersey, said. “These reforms are a solid step in achieving this outcome.”

Pou said the law also allows prosecutors to extend an individual’s sentence at a juvenile detention center for up to 3 years. She said she first took interest in this issue during a budget gathering around two years ago. The meeting was held to address a lawsuit against the state of New Jersey over a solitary confinement violation.

Pou researched juvenile solitary confinement, spoke to those who went through the system, their parents, and various organizations such as the New Jersey Institute of Social Justice in an effort to fully grasp the issues plaguing incarcerated youths. From this, her work grew into a movement to make sweeping reform in the juvenile justice system.

“What we did here was something that the judiciary was trying to accomplish for years,” Sweeney said. “We’re modernizing the juvenile justice system that made it nearly impossible for incarcerated young people to be successful later in life.”