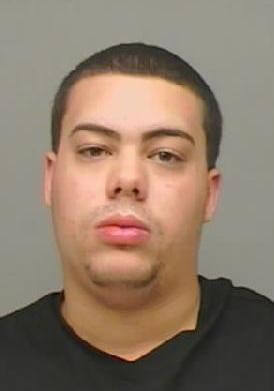 City police have identified 27-year-old Jeffrey Suarez as the alleged shooter who wounded a 21-year-old city man on Oak and Dover Streets on June 21st, 2015.

Suarez, who allegedly wounded the victim in the lower back at about 10:15 p.m., has been charged with attempted murder and weapons offenses, said police director Jerry Speziale.

An investigation by detectives Edgar Taylor and Christopher Ravallese of the Ceasefire Unit determined Suarez as the alleged shooter in the incident.

Detectives have made multiple attempts to locate Suarez without success. Anyone with information is being asked to assist police in capturing the alleged shooter.

The director is suggesting Suarez to turn himself in for the alleged incident.

Suarez is known to frequent the 5th Ward. The director said the wanted man is armed and dangerous.

“Whether Suarez goes across a jurisdictional boundary or an ocean, Paterson’s Cease Fire unit will work tirelessly to locate him and bring him back to face justice,” said Speziale.

Anyone with information of Suarez’s whereabouts is being asked to contact detectives at (973) 321-1342. Information can also be sent anonymously through the PatersonPD.com website or by downloading Tipsoft or CityConnect by Public Engines application.