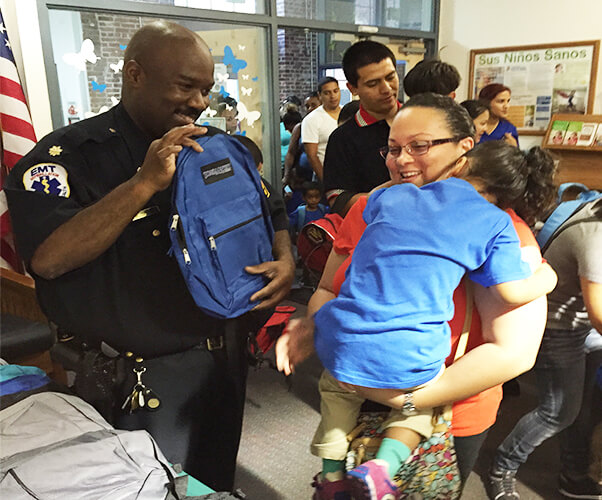 Guarasci credited Wayne-based Valley National Bank for its donation that made the backpack giveaway possible.

“Thank you to Valley National Bank for making this event possible, and to David Berninger, Martin Vergara II, and Corporal Robert Scott for providing these children and their families with an extra boost,” Guarasci said.

The three handed each of the program’s 105 students a free backpack containing pencils, crayons, a ruler, and a book.