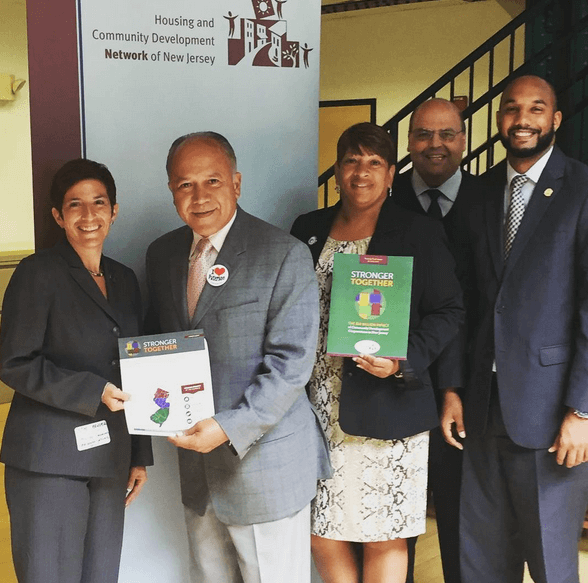 Passaic County’s nonprofit community development corporations (CDCs) contributed $301 million to the county’s economy through 65 developments over a 25-year period, according to a report released Thursday by the Housing and Community Development Network of New Jersey.

“The nonprofit community development sector has been a strong contributor to the area and the state’s economy, making investments that have improved the quality of our neighborhoods as well as produce homes and jobs,” said Staci Berger, president and chief executive of the Housing and Community Development Corporation of New Jersey.

Berger unveiled the report with local leaders at the New Jersey Community Development Corporation (NJCDC) headquarters on Spruce Street Thursday morning. She was joined by the heads of several community development corporations including the Paterson Habitat for Humanity.

“Passaic County CDCs producing $301 million for our economy with limited resources is incredibly impressive,” said Robert Guarasci, chief of the New Jersey Community Development Corporation (NJCDC). “Fortunately, we have been able to create jobs, provide essential services, and build homes and schools for local residents while also helping to strengthen the economy.”

2,300 jobs were created and $132 million labor income generated in the county by CDCs, according to the report.

The report also lists Passaic County’s median income at $57,654. The county’s fair market rent stands at $1,402 and 45-percent of its residents rent and 55-percent own homes, according to the report.

“These mission-driven organizations are creating opportunities for thousands of New Jersey residents while generating much needed tax revenue for Passaic County and all of New Jersey,” Berger said.

Since 1989, New Jersey’s community development corporations contributed $12 billion to the state’s economy, according to the report. The CDCs created 82,000 jobs, provided job training to more than 10,500 residents, contributed $5.5 billion in worker wages, and generated $320 million in tax revenue for New Jersey.

The report was sponsored by the Citi Foundation. The network is a statewide association of more than 250 community development corporations.

Photo courtesy of the Housing and Community Development Network of New Jersey.