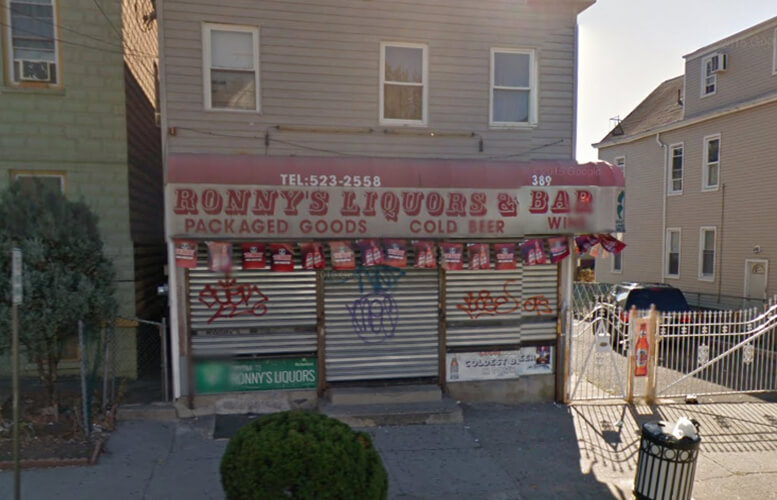 The city’s Alcohol Beverage Control (ABC) Board suspended the liquor license of a Madison Avenue bar that sold to underage patrons on three occasions last year. The board’s attorney suggested a 45-day suspension, but after the owner claimed it would cause “hardship” ABC commissioner reduced the suspension term to two weeks.

Ronny’s Liquors and Bar, located at 389 Madison Avenue, sold to underage patrons three times in November 2014. Once on the 21st, a second time on the 23rd, and a third time on the 26th, according to the board.

The city’s police department sent in undercover police officers who were under 21 to the establishment.

Alan Mariconda, a Market Street attorney, who represented the bar at the board, said the 45-day suspension would cause “severe hardship” for the bar owner Jose Rosario. Instead the attorney suggested the board allow suspension on Mondays and Thursdays and Mondays and Fridays (alternating).

Mariconda said Rosario, who was present during the hearing, has been in business for 18 years. He said the last violation the bar received was in 2007. “His track record for last seven years has been good,” said Mariconda.

The employee who made the underage sales is no longer employed by the bar, said the attorney. “That employee is no longer there?” he asked the owner.

Both the owner and the attorney expressed a 30-day suspension would harm the establishment’s business greatly.

The three-member board made up of Aguilar, Juan Hernandez, and James Brigg accepted a much lesser two-week suspension on Wednesday evening that will begin on Monday, September 14th, 2015.

Earlier in the evening the board handed out a 27-day suspension to Belmont Liquors, located at 136 Belmont Avenue, for one instance of underage selling.