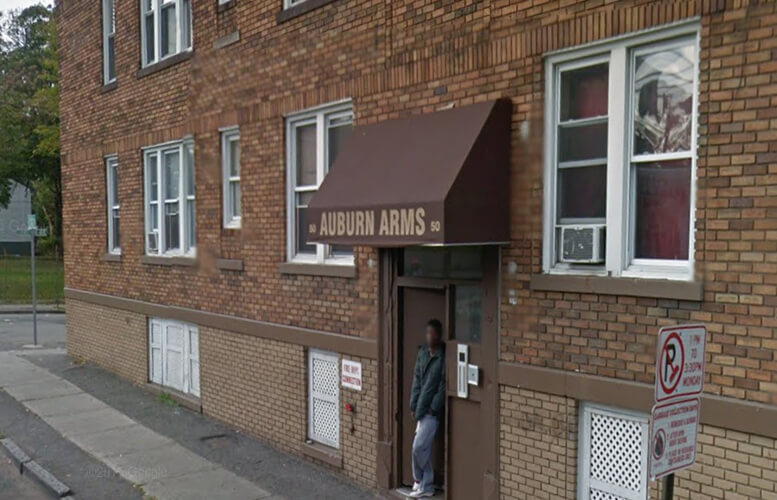 Trayvon Sparks, 24, of Bridge Street, and Jean Lewis, 55, of Auburn Street, were arrested on drug charges during the raid at 50 Auburn Street which occurred at about 5:20 p.m. today, said the director.

Sparks and Lewis had in possession 252 glassines of heroin, 103 baggies of crack, and 40 baggies of marijuana, according to police.

Speziale said gaining access to the building that sits in a drug infested neighborhood was an arduous task for the city’s police department. He said the drug dealers at the location moved their wares around whenever they suspected police would make a move.

Lewis resides in the neighboring 42 Auburn Street apartment complex, according to police. The two apartment buildings are collectively called the Auburn Arms.

“The individuals that utilize this location to distribute heroin move the drugs throughout the inside of the location, which has made it difficult in the past to infiltrate,” said Speziale. “This is a substantial arrest because the location has been extremely difficult to gain access for the police department.”

The director credited the successful raid and the arrests to community partnership. “Thanks to the community collaboration, we were able to infiltrate and arrest those responsible for distribution of heroin,” said Speziale.