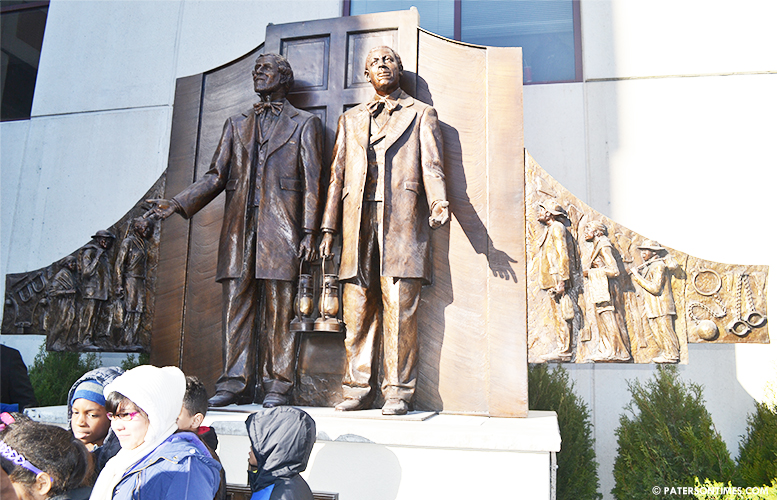 The first annual Huntoon-Van Rensalier Underground Railroad Foundation awards dinner is scheduled to take place at the Brownstone on West Broadway on Thursday, September 24, 2015, according to organizers.

The dinner will honor and recognize community leaders with a record of racial cooperation and civic accomplishments similar to those exemplified by Josiah Huntoon and William Van Rensalier.

“Their contributions were not limited to being abolitionists,” Dolores Van Rensalier, a family descendant and President of the foundation, said. “Huntoon and Van Rensalier, black and white together, lived the rest of their lives as close friends, leaving a strong legacy of transcending prejudice.”

Honorees include Mayor Jose “Joey” Torres who fought and preserved the site next to the Paterson Parking Authority building where a monument to Huntoon and Van Rensalier stands to forever memorialize the two men’s friendship and the values they held chief among them freedom.

The two men’s friendship transcended race. A deed document shows Huntoon, a wealthy spice merchant, gifted a home as a wedding present to his black engineer Van Rensalier in 1864, as a divided nation fought against itself to settle whether to be a free or partially free nation.

Van Rensalier’s home was in an all-white neighborhood just two blocks away from Huntoon’s home and mill.

The first annual Huntoon-Van Rensalier Underground Railroad Legacy Awards Dinner will take place from 6 to 9 p.m. Tickets are going for $60 per person or $500 for a table of ten. To purchase tickets visit the foundation’s website by clicking here.