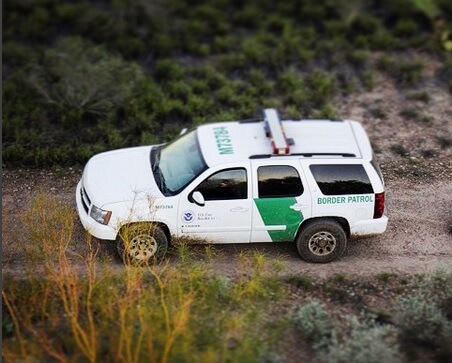 A city man unsuccessfully attempted to smuggle a convicted Dominican cocaine dealer deported from the United States in 1998 through the Canada–United States border in Vermont on April 26, 2015, according to federal documents.

Antony Gomez-Lotero was allegedly waiting at around 1:30 a.m. on April 26, 2015 at an intersection in the rural Vermont township of Highgate near the Canadian border to pick up Juan Antonio Bueno, a Dominican Republic national deported in 1998 for cocaine distribution in the United States.

Rossi followed the vehicle in the area that had “several smuggling event” occur in the past. He testified illegal aliens are apprehended in the area at least once every month.

Gomez-Lotero was pulled over. He told the border patrol agent he was “there to pick up a friend from Canada but could not find him.”

Rossi searched the trunk of Gomez-Lotero’s vehicle but did not locate anything of significance.  As the search was taking place, Gomez-Lotero began to speak to someone on his cellphone in Spanish. Rossi does not speak Spanish, but heard Gomez-Lotero say “policia.”

Rossi got out of car and searched the border area using night vision goggles. The agent located a man with a suitcase and approached the man. The man had grass and brush attached to his clothing and suitcase “as if he had just walked through the wooded area between Canada and the United States,” Rossi noted.

Rossi identified himself and asked about the man’s immigration status. The man said he was Dominican and had permission to be in Canada. “[You're] in the United States,” Rossi told him.

The agent asked the man if he had permission to be in the United States. He did not, conceded the man.

Rossi asked for identification. The man provided a Dominican and an Italian passport that identified him as Zenon de Jesus Rosario and Zenon Rosario respectively.

A search using the man’s name did not yield any criminal history, but fingerprints revealed his identity as Juan Antonio Bueno, a felon deported from the U.S. in 1998 for distributing cocaine, according to records.

Border patrol agents pulled over Gomez-Lotero a second time and informed him “his ‘friend’ had been found, and was an illegal alien.”

Gomez-Lotero was detained and transported to the Swanton Border Patrol Station. He told agents he was there to pick up an unknown man from Canada on Ballard Road for $200, according to records.

Gomez-Lotero was supposed to allegedly pick up Bueno at around 12:30 a.m., but could not find him. Gomez-Lotero’s text messages revealed he was “in the area as part of an alien smuggling venture,” according to documents.

Gomez–Lotero was charged with attempt to transport an alien within the United States in violation of federal laws. He attempted to suppress evidence agents obtained after the second stop on the ground that they did not have reasonable basis for suspicion that he was attempting to traffic an undocumented alien.

U.S. Judge for the District of Vermont Geoffrey W. Crawford denied Gomez–Lotero’s request to suppress evidence from the second stop.