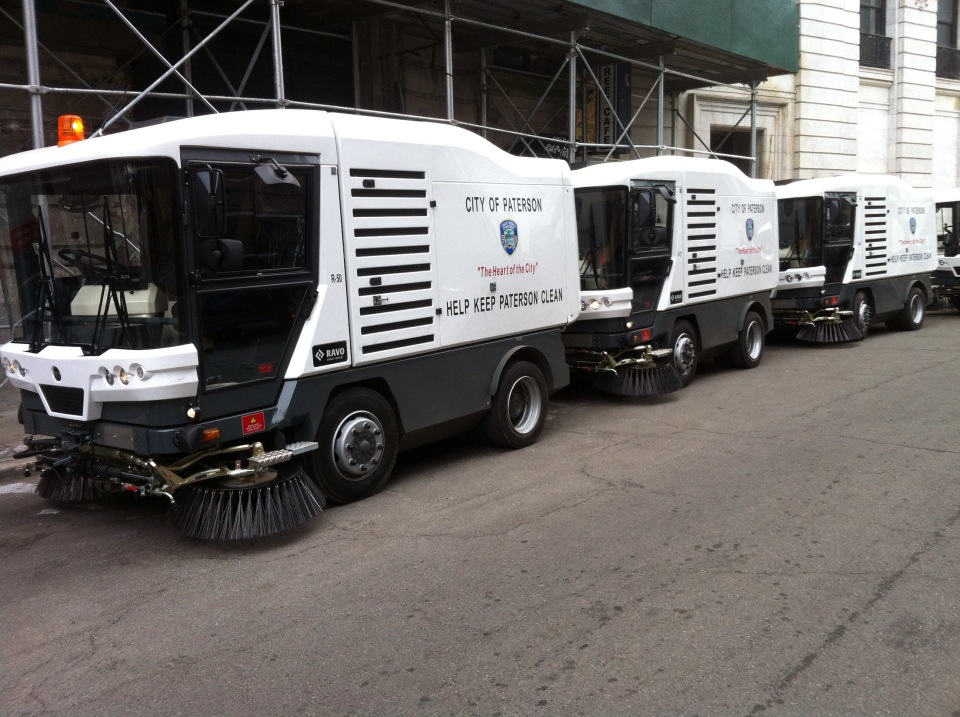 City officials have backed off from purchasing new street sweepers at least for now as they work with both the manufacturer and the dealer to resolve issues the city has been experiencing with its RAVO 5 Series fleet of sweepers.

The city was looking to purchase five Tymco sweepers for $1.15 million in early August until council members called for a hearing to figure out why the municipality needed five sweepers less than two years after it purchased seven REVO 5 sweepers for $1.26 million.

Subsequently, the hearing was cancelled after both the dealer and the manufacturer scheduled meetings with public works director Manuel Ojeda and other high ranking city officials. At the meetings both parties agreed to work together to repair and ensure the machines are operable.

Carmen LoRe, owner of Belleville-based Northeast Sweepers, the firm the city purchased the seven REVO 5 machines from, said every week the company has been sending a representative to ensure the machines are functioning as they should.

“The machines are all running,” said Carmen on September 5th, 2015. “We pretty much took the bull by the horn.”

Business administrator Nellie Pou said the administration met with both the dealer and the manufacturer. She said the city is working with both firms to ensure the machines function and perform as well as they ought to.

“What we proposed is that the distributor comes in every Friday to check all the machine and also that all drivers will be given another training so they can get up to date again,” said Cees van der Put, export manager for the manufacturer Netherland-based RAVO, on September 10th, 2015.

“We’re looking at it carefully and working with the company to make sure they are operating in a manner that they should,” said the business administrator on September 1st, 2015.

“The reverse pedal is bad. The two left rear tires are flat and the machine is shaking. Fan needs to be cleared out ASAP! Operator should be taking a little better care of the machine,” read one maintenance report from October 3rd, 2014.

A preliminary review of large amount of maintenance records show a pattern of neglect by operators to clean their machines or do basic maintenance to ensure optimal operation.

“Pavement mirror on driver’s door is broken,” and “large and small mirror on left doors are both broken,” and “windows is cracked on left side,” read another maintenance report from February 22nd, 2015.

The damaged vehicle indicates poor driving on the part of the operator. “Front suspension was diving bad [sic] when braking. Only happens when you slam on breaks,” read another maintenance report from April 14th, 2014.

The sweeper companies have agreed to provide more training to city employees to better operate the machines.

“They are also providing additional training for the employees who operate the machines,” said Pou. “We’re all giving them a refresher course.”

Carmen pointed out one city employee who refused training when the company trained city employees initially to operate the machines.

Pou said the training is required and employees operating the machines must undergoing the refresher.

The machines, which were purchased in January 2014, are covered under two-year warranty, according to city records. The company has been repairing the machines at times free of charge for the past year and half.

“If anything falls outside of that warranty that is what they have been charging us for,” said Pou. The city did not enter into a maintenance contract with the company when it first purchased the seven machines under mayor Jeffery Jones’ administration.

Pou would not say if the city intends to forego purchasing the five new machines. The resolution to award the contract was taken off last month from the council’s agenda. Council members may not have the stomach to spend another million to purchase sweepers so soon after their last buy.

The three parties will meet again in early October to check the status of the machines. “As a conclusion from what I understood there is absolutely no reason to buy new equipment,” said van der Put. He pointed out that large cities throughout the world rely on REVO machines to clean their streets.

One resident who has been constantly complaining city sweepers have been skipping her street said this week public works cleaned her road. “The trucks are up and running, the cleaners are coming through,” said Patricia McNeil, Northside section resident. “And they are also cleaning.”