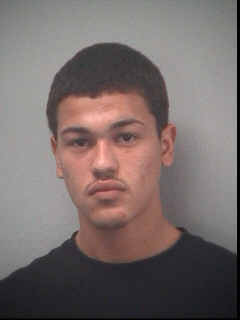 An 18-year-old Paterson man was arrested for fleeing police during a motor vehicle stop while operating a loaned vehicle belonging to a 19-year-old Totowa woman, according to Passaic County Sheriff Richard Berdnik.

Stephanie French, 19, was charged with unlawful loaning for letting Cotty operate her car. During the September motor vehicle stop Cotty put the vehicle on reverse almost hitting a police vehicle.

Cotty sped out of the area through Carroll Street onto Ellison Street. Berdnik said the suspect fled on foot through East 18th Street and Park Avenue. Paterson police joined in on the search for the suspect.

Berdnik said more charges may be filed against Cotty.

“I want to commend all the Officers and Detectives involved in the initial chase, investigation and eventual arrest,” Berdnik said. “Any individual hiding from the police will be eventually arrested. The PCSO will tolerate individuals who flee the Police and also attempt to harm any of its Officers.”