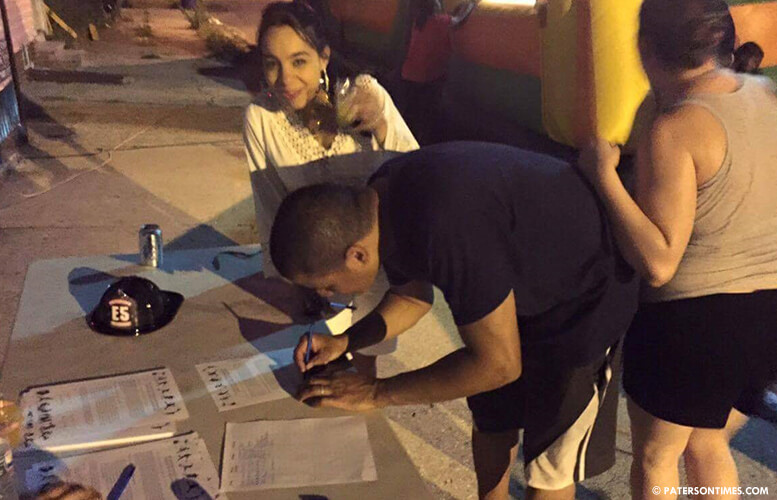 1st Ward city council candidate Veronica Ovalles, who collected more than a dozen signatures for mayor Jose “Joey” Torres’ recreation tax, is distancing herself from the new tax proposal which seeks to raise $3 million from property owners to support recreation.

“When I actually understood the concept and how it hurts the people I kept those signatures. I never delivered them,” said Ovalles. She collected 15 to 20 signatures during the national night out event.

Ovalles said she did not fully understand that the proposal sought to add an additional tax burden on homeowners. Many of Torres’ petition collectors misled voters into believing the recreation tax was not an additional tax.

Deputy mayor Pedro Rodriguez, who also collected signatures for the mayor, was confronted by Kenneth Morris, city council’s finance committee chairman, when the former said the proposal was not “really” an additional tax.

Morris clarified that the recreation trust fund is an additional tax on property owners.

“At the very beginning I did not understand the concept behind it,” said Ovalles. She said as soon as she realized the measure would increase property owners’ tax bills she refused to turn in the petitions which were used to pressure the city council into approving the proposal for ballot placement.

The large amount of petitions submitted by Torres’ collectors were never verified. Many suspect a large number of the petitions were likely invalid.

Ovalles said recreation is much needed in the 1st Ward, but argued that funding it through a tax on property owners, who have been subjected to tax increases every year for the past decade or more, is not the way to go. “It can be done in other ways without hurting taxpayers,” she said.

Torres’ recreation tax will be voted on by city voters on November 3rd, 2015.