109 city students were tested positive for having drugs in their system during school year 2014-15, according to district records.

Students have been found under the influence of alcohol, marijuana, and prescription drugs. Some students also brought narcotics like heroin, prescription pills, and marijuana into school buildings, according a district report.

The number of positive cases increased by 12 from the 2013-14 school year. 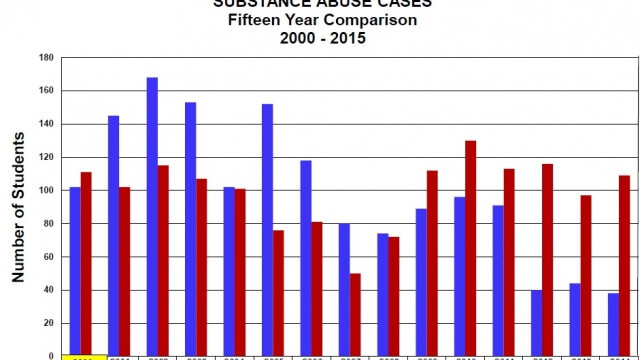 Historic data shows city schools had the lowest number of positives in 2007-8 school year with 50 cases. “Ever since SACs were cut, we have reversed it, we have more positives than negatives,” said Lepore.

“How chronic is this issue?” asked school board member Errol Kerr.

Kerr asked Lepore if the district had adequate staff to tackle the issue.

She indicated it did not.

Outside of school buildings a heroin epidemic fueled by suburban demand continues to rage on in the city.