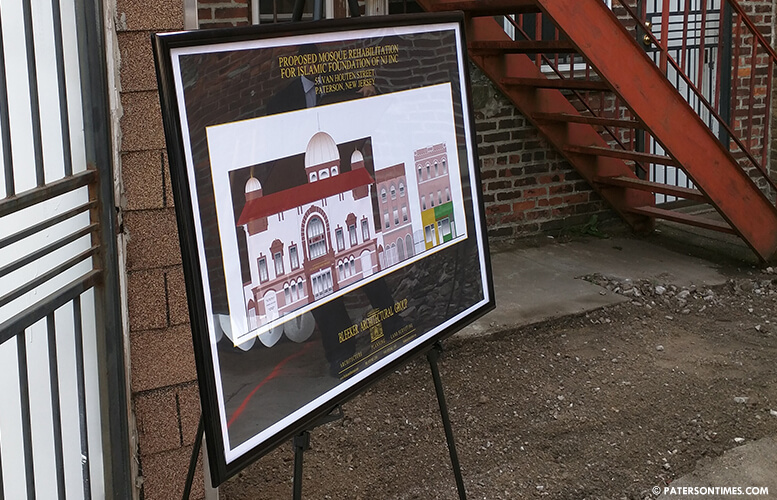 John Bleeker, the principal of Bleeker Architectural Group, which is undertaking the project, said the project also includes the historic restoration of the building which was built in 1912. 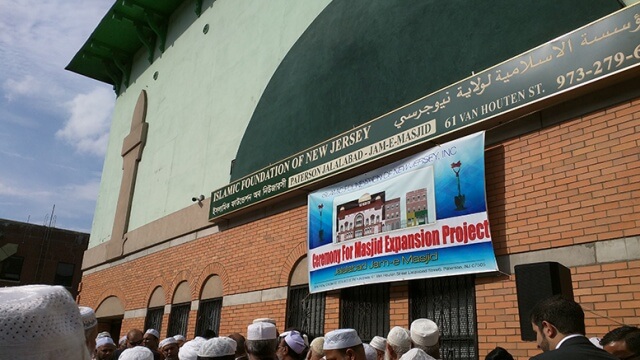 The mosque’s location at 61 Van Houten Street was the site of the historic Orpheum Theatre which closed during the Great Depression, said Bleeker. He said the theater put on live acts including burlesque.

Bleeker said some big name stars like Lou Costello, Joe Besser, and Sidney Fields performed at the theater. He said many predicted the building would be torn down and turned into a parking lot.

Though the project requires $2 million, the mosque has yet to raise the full amount, said the mosque’s president Ramzan Ahmed. “Sadly, I must mention, we have less than a quarter of the projected cost of $2 million,” he said.

Ahmed urged community members to contribute funds towards the construction project. Mayor Jose “Joey” Torres pitched in $1,000 towards the project. He praised the lack of vice among the city’s Bangladeshi-American residents. He further emphasized the importance of religion in a given community and in the broader nation.

“It’s been said many times there’s a separation between church and state. This mayor really believes there is no separation,” said Torres. He cited the religious text – Quran or the Bible — on which individuals must take their oath prior to assuming office.

Torres also cited the “one nation under God” in the pledge of allegiance and the “In God We Trust” slogan on the American currency. The mayor said the mix of religion and state can be observed throughout the nation including in Washington D.C.

The mayor addressed well over 200 people who flooded out of the mosque after Friday prayer to stand on Van Houten Street – a portion of it has been renamed to Jalalabad Street in honor of the city’s growing Bangladeshi-American community — to witness the ground breaking ceremony.

“I do have a question for you mayor. I don’t know how a burlesque theater now becomes a religious congregation. I guess only in Paterson that could happen,” joked Bleeker.

After the speeches, mosque officials and the mayor went to the back of the building and broke ground on the project. The mosque called the Jalalabad Jam-E Masjid is run by the Islamic Foundation of New Jersey. The mosque was established in the late 1970s.

Sorwar Barik, a congregant at the mosque, said every Friday there’s overcrowding. He said past Eid prayers, conducted indoors during the cold months, saw a great number of individuals attend the mosque only to not find space.

Barik thought the additional space is much needed with the overcrowding. He said the design of the mosque is in line with Islamic art.

The project is expected to be completed in next 15 to 16 months, said Bleeker.