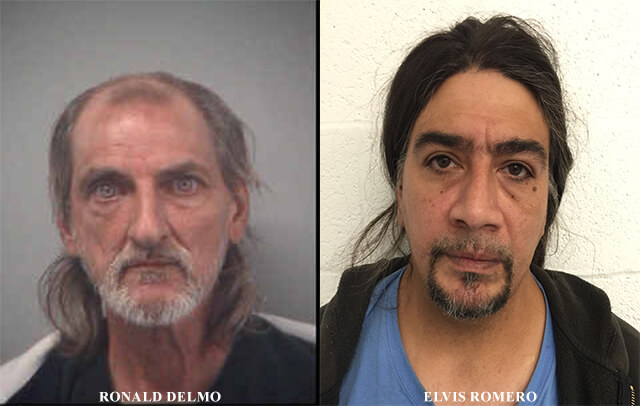 An alleged city drug dealer was arrested on Union Avenue after he sold suspected heroin to a Wayne man Wednesday afternoon, according to Passaic County Sheriff Richard Berdnik.

Ronald Delmo, 57, of Paterson; and Elvis Romero, 42, of Wayne, were arrested in the Hillcrest section at around 4 p.m. on drug charges, Berdnik said.

Acting on a tip from a concerned resident detectives observed Delmo exit his 275 Union Avenue apartment and approach Romero’s 1998 BMW in the corner of Preakness and Wayne avenues.

Romero left the area while Delmo was still holding on to the money from the transaction.

Detectives pulled over Romero on Rossiter Avenue, but after identifying himself he put the car on drive and fled.

As Romero was eluding police he attempted to pass a car and ended up on the sidewalk of Rossiter Avenue striking a house in the corner of Union Avenue. Paterson Fire Department inspected the struck home and deemed the home was safe.

Romero left the roadway a second time traveling through Westside Park. The vehicle came to a stop there and he was placed under arrest, Berdnik said.

Several glassines of heroin, a hypodermic syringe was recovered from Romero’s vehicle. Detectives charged him with drug possession, eluding, possession of drug paraphernalia, and motor vehicle violations like leaving the scene of an accident.

“The PCSO takes citizen information seriously and will investigate any credible information that it is provided,” Berdnik said. “The department will not tolerate anyone who eludes or avoids apprehension from law enforcement.”