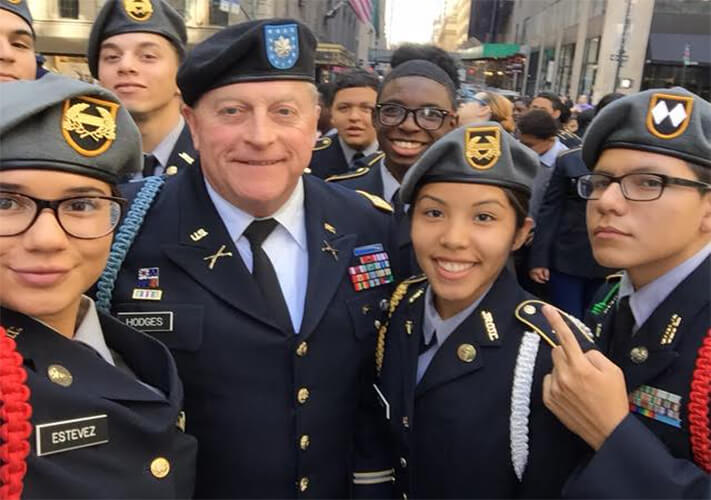 “We make it a priority to instill the importance of community service into all of our cadets,” director of the high school’s JROTC program Col. Michael Hodges said. “Each year our cadets demonstrate their immense pride and commitment to their country.”

The cadets will show their pride and commitment to the United States in an encore performance on November 11, 2015 at the nationally televised New York City Veterans Day Parade.

Paterson Charter School for Science and Technology has over 120 students participating in the JROTC program that instills in young people discipline, poise, and leadership skills.