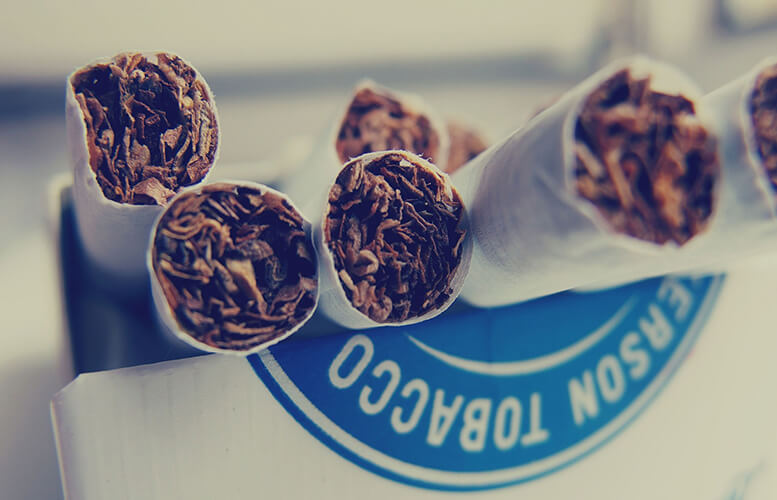 The city of Paterson recently introduced an ordinance that would ban the sale of tobacco products and vaping devices to 19 and 20 year old adults.

I must oppose this proposal which infringes upon the rights and freedoms of adults by taking away their ability to be sold a legal product and does so by placing additional burdens on small businesses.

The one thing we should all be able to agree upon with this ordinance is that it will be totally ineffective.  Any 19 or 20 year old Paterson resident who wants to purchase a legal tobacco product will not be stopped by this ordinance, they will just head over to one of the surrounding towns and make their purchase there. Even if Paterson passed this ordinance, there would still be 553 other municipalities where it will be legal for these adults to purchase these products, including all of Passaic County.

In the end, the only people who will have been affected are the small businesses in Paterson who are losing a customer for no good reason, a customer who might have also purchased a cup of coffee or a soda or one of the other higher profit margin items that allow these men and women to stay in business and continue to employ Paterson residents.  The biggest hit to the small business isn’t the loss of the tobacco sale; it’s the loss of the sale of these other products.

How costly will this be? With real world sales data provided to us by a member with meticulous bookkeeping, we estimate that the average business will lose about $7,000 a year in profits on these products and the items that often accompany them.

Reasonable minds can disagree over whether this cost is worth a 3% decline in tobacco purchases, but they should not disagree that the proposed ordinance will not lower the usage rate at all, it will simply drive it to neighboring towns in this county, the next county, or even the next state.

This ordinance also maintains the outdated loophole in the law which only penalizes the seller of the tobacco product, not the purchaser.  If an individual attempts to manipulate a convenience store employee to unlawfully dispense a tobacco product, that individual should be held accountable for their actions.  The current system creates a perverse incentive in which a person under the legal age has no reason not to try and buy tobacco products on the off chance that the clerk will make an error.

If our young men and women are old enough to vote, get married, serve their nation in the armed forces, become a state trooper, and be legally adult members of society at 18, then there is no reason to delay their decision to purchase or not purchase tobacco products until 21 years of age.

Statistics show that almost 90% of smokers begin smoking before they reach the age of 18, despite the fact that the law already forbids them from purchasing tobacco.  Only a tiny percentage begins smoking at the age of 19 or the age of 20. It is hard to see how increasing the age limit two more years will reduce consumption in a meaningful way; in a way that will be worth the costs to the city’s small businesses.

The people this proposal is trying to protect are lawful adults, who have a right to make any number of decisions for themselves, including the foolish choice to smoke.  In the process it must be acknowledged that small businesses are not police officers, and should not be burdened with guarding fellow adults from making foolish choices.  The ultimate effect of this bill is to unnecessarily hurt small businesses and make law violators out of small business owners and 19 & 20 year old adults.

It is no doubt for these reasons that the towns of Paramus and North Plainfield recently decided NOT to pursue similar ordinances, and instead to focus on resolutions calling on the General Assembly to pass a statewide ban.

I ask the leaders of Paterson to oppose it as well.