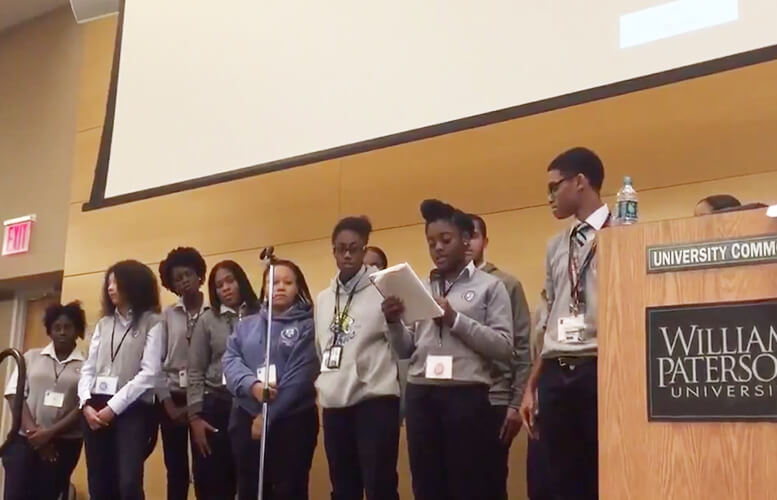 More than a dozen students from the Paterson Charter School for Science and Technology participated in the Passaic County Teen Summit on Friday winning a $500 grant from the Paterson Municipal Alliance to carry out substance awareness campaign.

The students created a campaign to raise substance abuse awareness within their school and community. Students had two minutes to pitch their idea to the judges. Their campaign called “#StartStrongStayStrong” calls for all Paterson Charter School for Science and Technology to wear red t-shirts with the campaign slogan every Monday, the start of school week, taking a firm stand against substance abuse.

Hash tag “#StartStrongStayStrong” will spread their message against substance abuse through the social media.

The juniors will execute the campaign over the next few months and return to the summit in spring with videos to show their campaign in action. The students will then compete against other schools for a final award, according to the high school.